Have you ever wondered about what the singer is actually singing when they perform their songs?
After all, I really don't think the song goes ♫She's a good girl. She loves her Llama. Loves Cheezits and Asparagus too.♫

Waxy's example is far from the first time a song, in this case Free Falling by Tom Petty and the Heart Breakers, has been misheard.

So here are some more...

♫Oh since she put me down there's been owls hooting in my head♫
Really? All the time or just at night?
You must have a really big head for more than one owl to be in there.

Of course, the above is someone who misheard a line from the Beach Boys' Help Me Rhonda.

Perhaps the most famous misquote is from Creedence Clearwater Revival's Bad Moon Rising.
♫So don't go out tonight, for it's bound to take your life. There's a bathroom on the right.♫

This misquote has become so popular that even John Fogerty himself has been known to use the erroneous line at concerts.
Then again, when it's time for me to use the bathroom, outside is the only place I can go folks. 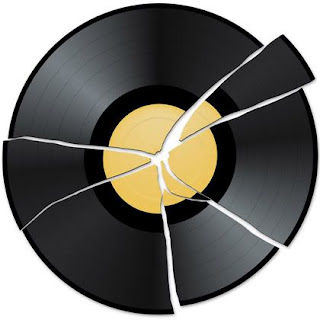 Anyway, you get the idea.
Was Elton John asking for Tiny Dancer or Tony Danza to hold him closer???

In the rock classic Purple Haze, did Jimi Hendrix want us to excuse him while he ♫kissed the sky♫ or this guy???

Was the Fifth Dimension celebrating the dawning of the ♫Age of Aquarius♫ or Asparagus???

When Johnny Nash proclaimed ♫I can see clearly now♫ was that because the rain or Lorraine was gone?
One is a bigger cause to celebrate than the other, unless Lorraine was a jerk to begin with.
Not that I've ever met the lady in question. That was just a guess on my part.

And of course, the greatest source of misheard lyrics is none other than parodist "Weird" Al Yankovic.
I can listen to him all day long and never hear the same song exactly the same twice.
So, I hope everyone enjoyed this brief musical interlude.
Have a great week and please be back here again next weekend for more Sunday Funnies!—AtP.
Posted by Lee Houston, Junior at 11:22 PM