Now, I will be the first to admit that we live in a marvelous age with computers, cellphones, and other wonderful gadgets.
Yet sometimes I have to stop and wonder if maybe sometimes we have too much technologically.
I've watched the humans around me a lot and have seen some interesting things...

Each person has 15 different phone numbers to call each other, and I live with a family of 3!
Talk about trying to reach out and touch someone... 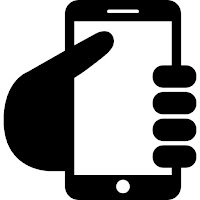 Once the mother came home and used her cellphone to see if there was anyone else home to help her bring in the groceries!
On a bad weather day I can understand doing that, but otherwise, what happened to getting out of the car and going inside?

With so many passwords and codes to remember, have you ever accidentally entered your ATM PIN into the microwave, thinking that would cook your meal?

Have you noticed that just about every commercial and television network now has a web site?

When was the last time anybody played solitaire with real cards?

I once overheard the husband complain to his wife that he had to e-mail the person he shares an office with, despite the fact that the man was at his desk!
Why didn't he just speak up and get the man's attention? 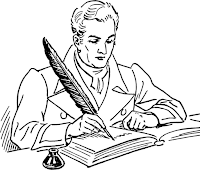 The son complained once to his mom that he couldn't write his book report because the computer wasn't working.
What happened to good old fashioned pen and paper?

Either I'm getting beyond "puppyhood" or just too set in my ways. Yesterday the son and a bunch of his friends were in our backyard hunting Pokemon.
Now, it's good that they were playing and getting some exercise at the same time, but I never saw what they were hunting, despite the fact each kid claimed to have captured one.
Of course, no stray... whatever they are dare enter MY backyard! I'll bark them away in a heartbeat!

In any event, have a great week everybody and please be back here again next weekend for more Sunday Funnies!—AtP.
Posted by Lee Houston, Junior at 11:49 AM