*A van was driven into a crowd of innocent people August 17, 2017 in Barcelona, Spain. 12 were killed and more injured. ISIL has since claimed responsibility for the event. A second vehicle was allegedly supposed to make another attack, but it was stopped by authorities. (There are 2 separate links in this item.)
*Depending upon where you are, a total solar eclipse will occur August 21.
*Also on August 21, Big Ben in London will fall silent as a repair/maintenance project begins. Expected completion is in 2021.
*Air Berlin has filed for bankruptcy protection.
*Is the Chilesaurus the missing dinosaur link???

😭PASSING PARADE…
*The innocent life lost during the car assault and those who passed away in the helicopter crash (not connected to the protests) in Charlottesville, Virginia.
*The innocent lives lost during the car assault in Barcelona, Spain.
*Actor Joseph Bologna (My Favorite Year, Blame It On Rio) has taken his last bow on life’s stage.
*TV writer/producer Victor Pemberton (Doctor Who, Fraggle Rock) has passed away.
*Actor Sonny Landham (the first Predator movie, the first 48 Hours movie) has taken his last bow on life's stage.

WITHIN THE UNITED STATES OF AMERICA…
CHARLOTTESVILLE, VIRGINIA AND ITS CONSEQUENCES… 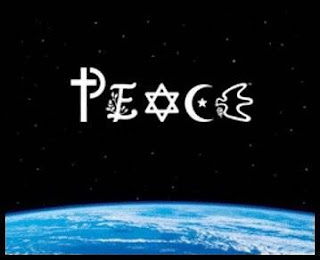 *A state of emergency was declared by Virginia’s governor when serious fighting broke out over a statue of Civil War soldier Robert E. Lee. One person died when a car was intentionally driven into a crowd and those aboard a police helicopter passed away when it crashed, although the cause of the crash is not believed to be a result of any of the actual protests. (There are 3 separate links in this item.)

*Given recent events in Charlottesville, will President Trump fire Steve Bannon, Sebastian Gorka, and others??? Trump originally said “we’ll see” in regards to Bannon, but Bannon has since resigned, although fears for Trump's presidency, and has vowed to "continue fighting" for the President by returning to "Breitbart News". (There are 6 separate links in this item.)
*In light of recent events, Carl Icahn has since stepped down as President Trump's special adviser, and the entire membership of Trump's President's Committee on the Arts and Humanities, with a special message to Trump within their letter. Read the first letter of each paragraph to discover what it is. (There are 3 separate links in this item.)
*Despite President Trump’s opinions on the subject, Defense Secretary Jim Mattis has other thoughts about transgender soldiers in the military.
*Don't bother looking for Donald and Ivanka Trump at the 2017 Kennedy Center Honors ceremony.
MEANWHILE…

*When they return to work in September, what do President Trump and Congress plan to do about taxes???
*Senate Majority Leader Mitch McConnell probably isn’t happy with how things are going in Alabama right now.
ELSEWHERE…
*Do “blue collar workers” want to stay “blue collar workers”???
*Justin Thomas won the 2017 Professional Golf Association tournament.
*Test results reveal that professional golfer Tiger Woods wasn’t “clean and sober” at the time of his DUI arrest back in May 2017.

For more news at any time, either scroll down to our ELSEWHERE feature at the bottom of your screen or visit any other reputable news source.
Posted by Lee Houston, Junior at 2:09 PM

Email ThisBlogThis!Share to TwitterShare to FacebookShare to Pinterest
Labels: 2017, August 13-19, news, The Week In Review