Hey Everybody! Waxy Dragon here!
Have you ever had one of those moments where somebody said or did anything that left you scratching your head and going "HUH?" because it didn't make any sense to you?
Well... welcome to my world!

"I am one step away from being rich. All I need is money."

A news report claimed someone stole all the toilet seats in the police station and investigators still have nothing to go on. 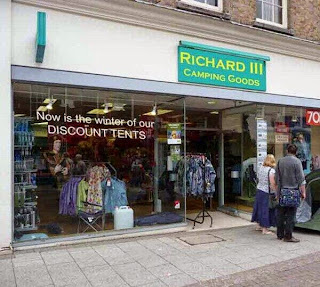 Don't judge an hourglass by how it looks. It's what's inside that counts.

A friend once tried to annoy me with bird puns, but toucan play that game.

When I told a friend how long lived dragons are, he replied, "I used to believe in reincarnation, but that was in a past life."

I once flew over a herd of sheep and saw a ram almost fall off the cliff because he did not see the ewe turn.
Don't worry, I scared him away from the edge in time to prevent the accident.

When I once asked Grandma Dragon for advice, she said, "I believe if life gives you lemons, you should make lemonade. Then try to find someone who life has given food and have a picnic." 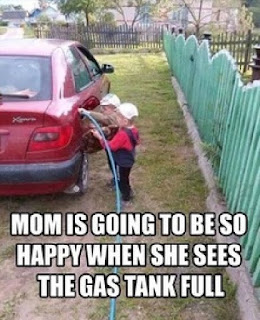 Did the dark ages last for so long because resistance was feudal?

Why do people ride exercise bikes when they go nowhere?

Did you hear about the man who swallowed a dictionary?
It was the thesaurus throat he ever had!

The rotation of the earth really makes my day.

I once saw a protester with a sign that said: "Give me Ambiguity or give me something else!"
I still don't know what he was protesting.

And on that note♫, have a great week everybody and please be back here again next weekend for more Sunday Funnies!—wd.
Posted by Lee Houston, Junior at 11:44 PM