*Will Pope Francis visit North Korea???
*The 2018 Nobel Memorial Prize in Economic Science was awarded to William Nordhaus and Paul Romer for “integrating climate change and technological innovations into macroeconomic analysis.”
*Google will be reducing G+ to just industry usage by August 2019.
*Is exploration of Europa possible???

😭PASSING PARADE…
*Those who lost their lives during Hurricane Michael.
*Film producer Arnold Kopelson (Platoon, The Fugitive, 7) has passed away.
*Game designer Greg Stafford (King of Dragon Pass, Hero Quest) is no longer with us.
*Composer/lyricist Carol Hall (Sesame Street, The Best Little Whorehouse In Texas) has passed away.
*Former professional football player Jim Taylor (Green Bay Packers, New Orleans Saints) is no longer with us.

*Nikki Haley has decided to step down as America’s current ambassador to the United Nations, but who will replace her and what will Haley do next??? (There are 3/THREE separate links in this item.)
*There will be no Democrats among Trump’s latest nominees.
*President Trump is considering limiting protesters outside the White House property.
MEANWHILE…
*Gerrymandering in Georgia???
*Congress is currently off from October 9-November 12 for the mid-term elections, but will only be in session from November 13-18 before taking the 19-23 off for Thanksgiving. 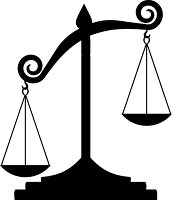 THE AFTERMATH OF BRETT KAVANAUGH…
*After a final vote of 50-48, Kavanaugh was officially declared a Supreme Court Judge. Sworn in the night of October 6, he sat on the bench for the first time October 9. (There are 2/TWO separate links in this item.)
*President Trump was happy to hear the news, but what does the future hold for Congress with the November mid-term elections on the horizon??? (There are 3/THREE separate links in this item.)
*How has Kavanaugh been as a Judge so far???
ELSEWHERE…
*The US Postal Service wants to raise the price of stamps.
⚾Congratulations to Brock Holt of the Boston Red Sox for being the first player in Major League Baseball history to hit for the cycle (single, double, triple, and home run) in a post season playoff game October 8.
⚾The National League's Milwaukee Brewers are facing the Los Angeles Dodgers while the American League's Boston Red Sox will compete against the Houston Astros to see who will represent each side in the upcoming 2018 World Series.
*The winners of the 2018 American Music Awards are…
*Will Papa John’s Pizza soon have new owner(s)???

Although our IN OTHER NEWS feature at the bottom of your screen has been temporarily(?) suspended while Blogger is still working on updating its gadgets, we have ADDED a new TRANSLATE feature in the upper right hand corner!
Posted by Lee Houston, Junior at 4:36 PM

Email ThisBlogThis!Share to TwitterShare to FacebookShare to Pinterest
Labels: 2018, news, October 7-13, The Week In Review