Hello Everybody! Autumn the Puppy here!
It's been said that everybody brightens a room. Some when they walk in, some when they walk out.
I may be just a puppy, but with all the bigotry, hatred, social injustices and everything else going on right now; even I'm smart enough to keep my nose out of some of the major issues affecting the globe nowadays.
But that doesn't mean I won't tell some jokes about my favorite species, to wit...

When the mother yelled, “Get off your brother!”
The older sibling's reply was, “But I’m baby sitting.” 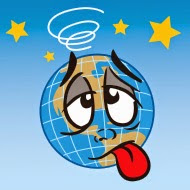 Before you criticize someone you need to walk a mile in their shoes.
That way they will be barefoot and a mile away.

How is a person supposed to lose weight when food tastes so good?
After all, being a dog, there is a lot of people food I just love to eat, provided I ever get some.

The doctor told his client, “Your knee problem is just because you're getting old.”
The Patient replied, “But my other knee is the same age and it doesn’t hurt.”

Two Archaeologists are examining writing on an old object.
“What does it say. Is it important?” one asked the other.
“Yes. It says ‘pour in noodles and drain.’”
Thus was the less heralded discovery of the Ancient Mayan Colander.😀

Spotting a roadside stand that had a sign that said LOBSTER TAILS, $2, a weary driver stopped and handed the man behind the stand $2.
The  man put the money in his pocket and said, “There was once this little lobster...”

A person may break your heart💔 and damage your pride, but never give them the power to break your spirit.

And on that note🎵, have a great week everybody!
Waxy Dragon will be here next weekend because the Fourth of July is on a Thursday this year so we don't get the holiday off.
Then again, look on the bright side.😎
You aren't stuck with our beloved Editor-In-Chief trying to tell jokes while we're off.😉
Take care.—AtP.
Posted by Lee Houston, Junior at 5:44 PM