Hello Everybody! Autumn the Puppy here!
There are a lot of married people in the world.
Some of them must really love being married, considering that they are on their third or fourth.
The people I live with are still on their first and have been married a lot longer than I've been alive, which I find sweet.
To spend your whole life with your beloved soulmate?💕
That must be Heaven on Earth.
But have you ever wondered why there are so many laws governing the subject?
My comments are in italics, but FOR EXAMPLE... 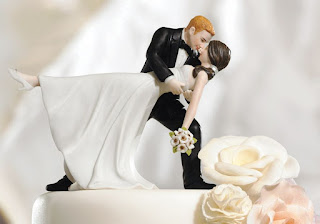 In Vermont, a wife must obtain written permission from her husband before wearing false teeth.
Shouldn't that be between the woman and her dentist?

In Truro on Cape Cod, the groom-to-be must prove his manliness before marriage by hunting and killing either six blackbirds or three crows.
And that is on top of acquiring the ring, staging the ceremony and the reception afterward!

In Delaware, it's legal to obtain an annulment if you got married on a dare or as a prank. The official law states that a marriage may be annulled if one or both parties entered the marriage as a jest or dare.
I guess whoever wrote that law never heard that marriage is supposed to have its fun moments too. 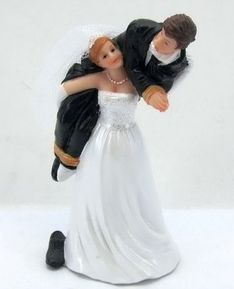 In Salem, Massachusetts, it's illegal for a married couple to sleep nude in a rented room.
I guess that lawmaker has never been on a honeymoon!

In Wichita, Kansas, the mistreatment of a mother-in-law can be used as grounds for divorce.
Now, considering some of the things I've heard about how mother's treat their in-laws, is this fair?

In Kentucky, it is actually illegal to marry the same person four times.
Isn't once enough? Besides, do you really need to renew your vows if they are supposed to last forever?

A married couple can NOT kiss in public on Sundays in Hartford, Connecticut!👫
WHY? Was whoever wrote that law jealous of somebody?

And before anyone says anything, these laws were all legal and enforceable at some point in the past, if not still on their respective books today.
Besides, being a puppy, what do I personally know about marriage to begin with? 😉

So on that note🎵, have a great week everybody, and please be back here again next weekend for more Sunday Funnies!—AtP.
Posted by Lee Houston, Junior at 4:47 PM