Hello Everybody! Autumn the Puppy here!
It's been quite a while since the last time I've posted any funny celebrity quotes. Not that celebrities don't say anything funny, whether intentionally or not, just that I haven't used any of their material in a while.
So without further adieu, and my comments are in italics.

"I had a rose🌹 named after me and I was very flattered. But I was not pleased to read the description in the catalog: 'No good in a bed, but fine against a wall.'" - Eleanor Roosevelt, First Lady to President Franklin Roosevelt.
Maybe you should have pointed out the thorns to whoever wrote that description. 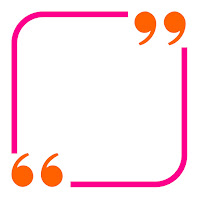 "Be careful about reading health books.You may die of a misprint." - Mark Twain, famous author.
So they had fad diets even way back then huh? It's a lot trickier today with the Internet!

"I have never hated a man enough to give his diamonds🔷⃟🔶 back." - Zsa Zsa Gabor, actress.
People should marry for love, but it doesn't hurt to have something to cover the expenses of old age.

"My luck is so bad that if I bought a cemetery, people would stop dying." - Rodney Dangerfield, famous comedian.
That doesn't necessarily sound like a bad thing. Think of the all the innocent victims of violence that wouldn't be leaving before their natural end.

"Money can't buy you happiness, but it does bring you a more pleasant form of misery." - Spike Milligan, comedian/writer.
At least it keeps the bills paid, food on the table and a roof over your head. That sounds like happiness to me.

"I don't feel old. I don't feel anything until noon. Then it's time for my nap." - Bob Hope, comic actor.
You should see some of the cats🐈🐱 I have to share this house with Mr. Hope. I don't think any of them have moved in weeks. But let me try to catch 40 winks after barking at the mailman📧📪...

"I never drink water because of the disgusting things that fish🐟🐠 do in it." - W. C. Fields, comedian.
Humans pollute the water a lot more than fish do, sir.

"We could certainly slow the aging process down if it had to work its way through Congress." - Will Rogers, comedic actor.
If red tape existed back then, George Washington would still be waiting for supplies to get to Valley Forge!

"Don't worry about avoiding temptation. As you grow older, it will avoid you." - Winston Churchill,
England's Prime Minister during World War 2.
Life's for living! Have fun when you can responsibly.

And on that note🎵, have a great week everybody and please be back here again next weekend for more Sunday Funnies!—AtP.
Posted by Lee Houston, Junior at 4:58 PM