Hello Everybody! Autumn the Puppy here!
After co-hosting with Waxy Dragon for the last two weeks, we had to stop and figure out who's solo turn it was today.
It turned out to be mine but truthfully, I thought it was Waxy's and didn't have anything prepared until our esteemed especially steamed Editor-In-Chief called wanting to know where today's episode was.
Best I can do at the moment is just share with you things I've observed living with people so, on with the show.

Children🧒🧒 really brighten up a household🏡. They never turn the lights off.

Life doesn’t come with instructions🚫.
And even if it did, how many of you would follow them anyway? 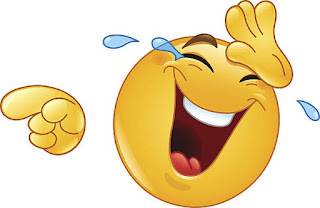 A man was going to quit all his bad habits for the New Year, but then remembered nobody likes a quitter.

Some people say that growing up in the 60s was a lot more fun than being in their 60s.
Me? If I'm in my 60s, I never realized my paws🐾 could reach the pedals!🚗

If we were not meant to have midnight snacks, why is there a light💡 in the fridge?

Have you ever wondered why everyone's looking for Waldo to begin with?
I bet Waldo either owed someone money or is on the lam for some reason.
You don’t get that good at hiding for no reason.
Then again, while others are wondering "Where in the world is Carmen San Diego?", I want to know WHO she is and why I should be so concerned about where she is in first place?

Boy, I really dug up a couple of oldies with that last one, didn't I?
All links were active at the time of posting and on that note♫, have a great week everybody and please be back here again next weekend for more Sunday Funnies!—AtP.
Posted by Lee Houston, Junior at 3:21 PM