OCTOBER 12 IS BOTH OUR LADY APARECIDA'S DAY and CHILDREN'S DAY IN BRAZIL, WHILE SPAIN CELEBRATES NATIONAL DAY.
MONDAY IS COLUMBUS DAY IN THE UNITED STATES OF AMERICA.

Amongst events that have occurred around the world this past week... 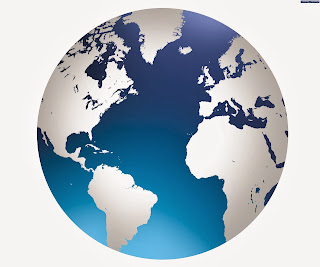 *Malala Yousasafzai has been announced as the winner of the 2013 Sakharov Prize for Freedom of Thought for her efforts campaigning for women's rights and education in Pakistan. The United Nations will present the prize on Human Rights Day this December.
*North Korea has begun saber rattling again as it allegedly put its military forces on red alert after warning the United States of an "impending, horrible disaster".
*The British Broadcasting Corporation has confirmed the recovery of nine missing episodes from the 1960s era of the Doctor Who television series. The adventure known as "The Enemy of the World" is now complete, while "The Web of Fear" now only lacks part three of six. Both serials star Patrick Troughton as the second Doctor.
*Ilham Aliyev was re-elected President of Azerbajin, although allegations of voter fraud still have to be investigated.
*Mulatu Teshome has replaced Girma Wolde-Giorgis as President of Ethiopia.
*Civil unrest continues in Syria, Egypt, Iran, and Afghanistan.

THE NOBEL PRIZES
The initial winners of the 2013 awards are:
*The Organization for the Prohibition of Chemical Weapons was awarded the Peace Prize.
*The team of Martin Karplus, Michael Levitt, and Arieh Warshel won in Chemistry for their work in computational chemistry.
*The team of James Rothman, Randy Schekman, and Thomas C. Sudhof have won the Physiology/Medicine Prize for their work on examining transport systems in cells.
*The Physics Prize was awarded to the team of Peter Higgs and Francois Englert for exploring the origins of mass in subatomic particles.
*Author Alice Ann Munro has won the Peace Prize for Literature.
*A recipient(s) for the 2013 Prize in the field of Economics had yet to be announced as this article was posted. 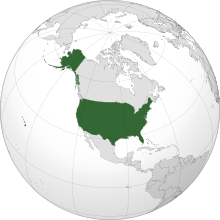 WITHIN THE UNITED STATES OF AMERICA
*The shutdown of the federal government continues, despite the fact many within the Republican party are now demanding its end too.
*President Barack Obama has nominated Janet Yellen as the new head of the Federal Reserve. The appointment has yet to be approved by Congress because of the shutdown.
*While the city is within the midst of its own financial crisis, former Detroit Mayor Kwame Kilpatrick has been sentenced to a total of 28 years on multiple charges of fraud, racketeering, conspiracy, and tax crimes.
*NASA's Curiosity probe has found plenty of evidence supporting the theory that the planet Mars may once have supported some form of life as Human beings know it, but not at the present time.
*The 2013 Major League Baseball playoffs are down to four teams, as the Boston Red Sox face the Detroit Tigers to determine who will represent the American League, while the Los Angeles Dodgers compete against the Saint Louis Cardinals to determine who will represent each side in the World Series later this month.
*Scott Carpenter, an original member of the Mercury Space Program, has passed away.

FOR MORE NEWS AT ANY TIME, EITHER SCROLL DOWN TO OUR IN OTHER NEWS FEATURE AT THE BOTTOM OF YOUR SCREEN OR VISIT ANY OTHER REPUTABLE NEWS SOURCE.