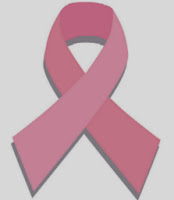 THE FREE CHOICE E-ZINE APPLAUDS GATE HOUSE MEDIA FOR RECENTLY PRINTING ALL THEIR NEWSPAPERS ON PINK STOCK TO PROMOTE THE FACT THAT OCTOBER IS BREAST CANCER AWARENESS MONTH.

Amongst events happening around the world this past week...
*An Organization for the Prohibition of Chemical Weapons team has entered Syria to begin dismantling that country's chemical weapons arsenal.
*Civil unrest continues in Iran and Afghanistan.

THE UNITED STATES OF AMERICA GOVERNMENT SHUT DOWN

*The radical side of Congressional Republicans intentionally failed to pass a budget and forced a governmental shutdown of all "nonessential" functions (closing national parks and museums, processing new Social Security claims, the Treasury Department being unable to pay previously approved bills, etc) because they wanted the Affordable Health Care Act, aka Obama Care either defunded or repealed. The joke is on them because the measure went into phase 2 October 1, financed independently of their efforts, and is now providing health insurance to those that did not have it before.
*Meanwhile, this action has allegedly torn the Republican Party apart internally, with many in office fearing that they will not be re-elected even if they did not have a direct/active role in recent events.
*The Pentagon has recently summoned all its furloughed employees back to work.
*The Republicans who started this chain of events have refused all requests to end the shutdown so far, even those of their own party!
*Pundits and analysts fear what might happen the longer the shutdown progresses. There are Federal bills due by October 17, and defaulting is possible if the shutdown isn't resolved in time.

ELSEWHERE IN AMERICA
*Twitter is making preparations to begin publicly offering stock.
*Author Tom Clancy (The Hunt for Red October, The Teeth of the Tiger, etc) has passed away.
*The 2013 Major League Baseball playoffs have begun; with the Los Angeles Dodgers taking on the Atlanta Braves while the Pittsburgh Pirates face the Saint Louis Cardinals to determine who will represent the National League in the annual World Series later this month. Meanwhile, the Boston Red Sox compete against the Tampa Bay Rays and the Oakland Athletics square off against the Detroit Tigers to determine the American League representative.

For more news at any time, either scroll down to our IN OTHER NEWS feature at the bottom of your screen, or visit any other reputable news source.
Posted by Lee Houston, Junior at 11:29 PM