A CHAT WITH AUTHOR BOBBY NASH 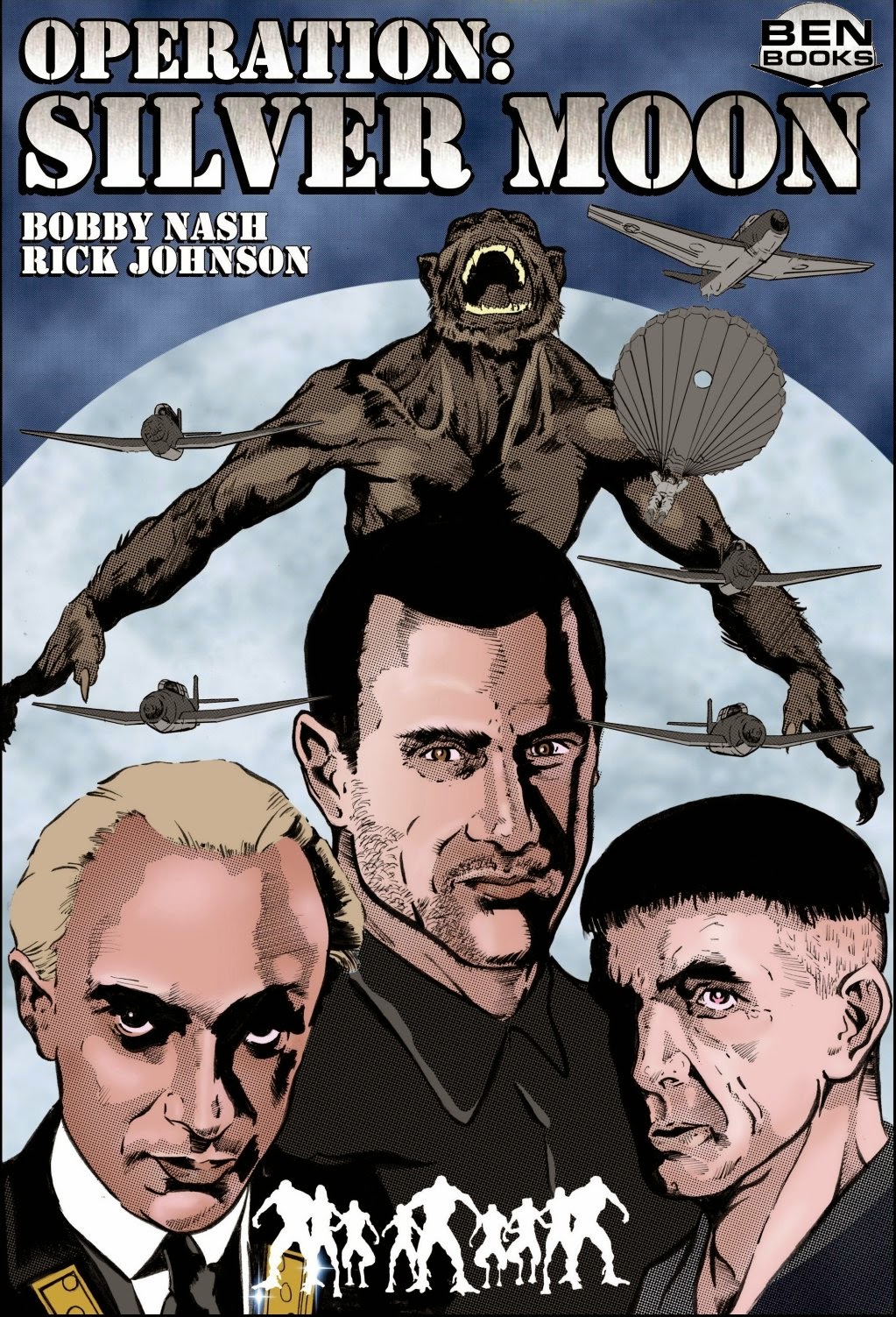 NASH: I have had three recent releases.
My own imprint, BEN Books, just released Operation: Silver Moon, a graphic novel I wrote with art by a talented gentleman named Rick Johnson. Although this is a stand-alone story, Rick and I would love to tell more stories with these characters.
In Operation: Silver Moon, Nazi agents have discovered a long lost army of the undead that they plan to unleash on an unsuspecting world. Agent Tom Lupis of The American War Department is sent in to use his gift/curse as a werewolf to deal with the threat, which brings him into contact with the vampire lord known as Vlas. Can Lupis and Vlas put aside their ages old differences and work together to stop the Nazi's Army of the Undead?
Operation: Silver Moon started with a short comic story for a comic anthology that would lead into a mini series. Both the comic and the publisher disappeared, vanished into thin air. Rick and I were left with a story and some art, so we decided to finish the book and are so happy it is finally in the hands of readers. Please visit the Operation: Silver Moon website at http://OperationSilverMoon.blogspot.com to find out more.

Meanwhile, Dark Oak Press has released The Big Bad II, the follow up to The Big Bad: An Anthology of Evil. This volume features a story by me called “Sticks and Stones!” My friend, author John G. Hartness puts these volumes together and it was an honor to be invited for both volumes. John asked me to write a story about a bad guy so I did. Sometimes it’s that easy. Will there be more? I wouldn’t be surprised.
You can learn more about The Big Bad II at http://www.darkoakpress.com/bigbad2.html 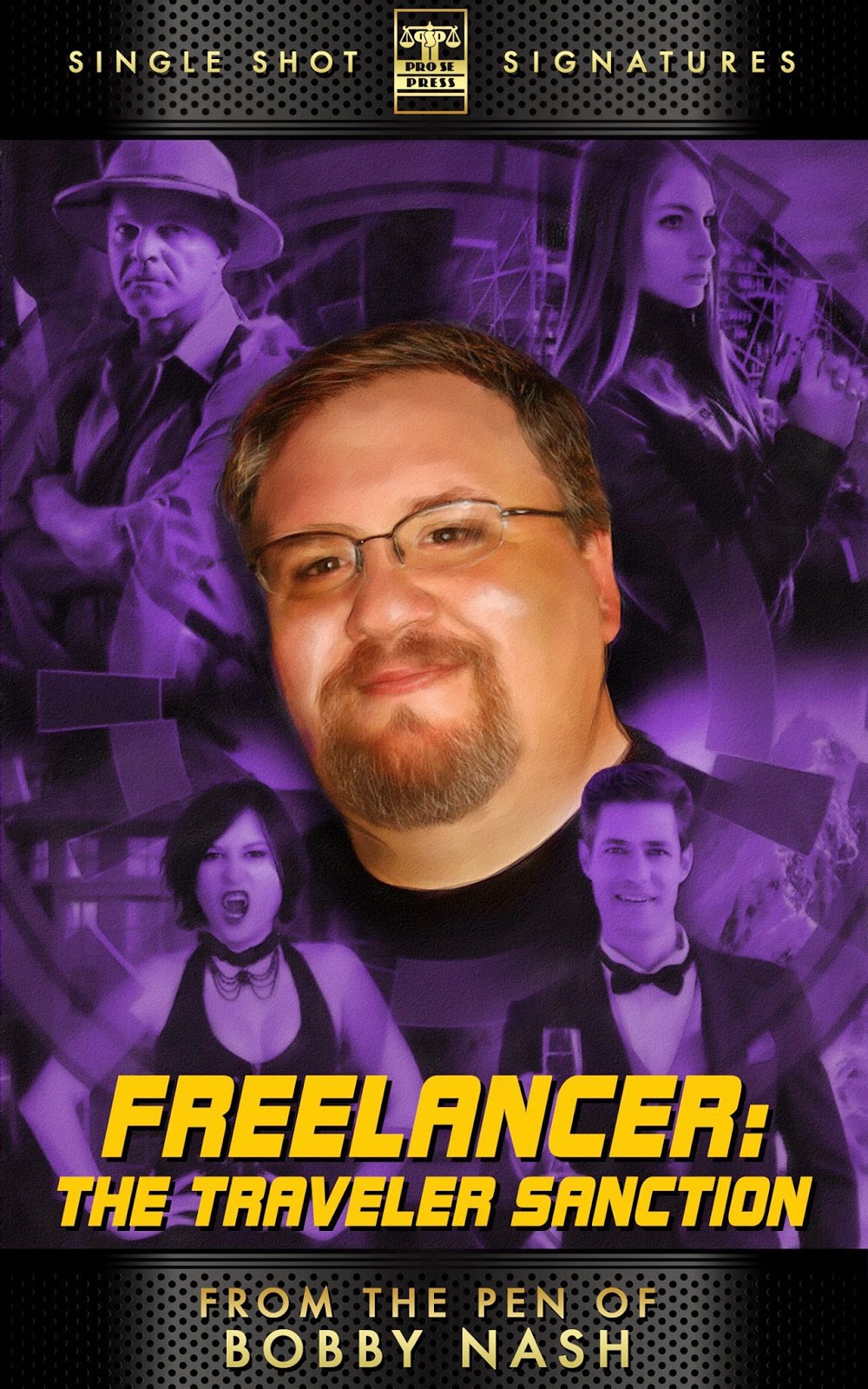 And last but not least, Pro Se Press released Freelancer: The Traveler Sanction, my first in a series of ebooks in their Signature Series under banner From the Pen of Bobby Nash. This is pure pulpy action and adventure as The Freelancer leaps into danger to save the daughter of the United States' Secretary of Defense and uncovers a plot that leads straight to the most powerful man in the world. We will see Freelancer again. Learn more at http://www.prose-press.com.

TFCE: Wow. You're own imprint AND your own line at another company. You must be flattered.
NASH: I am. It was a nice surprise. In the press release, Pro Se's publisher Tommy Hancock said I was invited because I “fit every criterion as one of the best and most consistent writers in New Pulp and Genre Fiction, tackling multiple genres with the ability to maintain his own particular voice and still make each tale different and exciting.” I’ll take that. (laughs)

TFCE: What inspires you to write?
NASH: I’m not sure there’s any one thing I can point to on this one. The stories continue to pop into my head, usually faster than I will ever be able to write them all down. I write, partly to get the stories out of my head, but also because I love to entertain. Hopefully, my stories do that.
I also love doing promotions, so having a book to promote is helpful. Ha! Ha!

TFCE: What has influenced your style and technique?
NASH: I’m influenced by so many things, especially other writers, any type of creative person, actually. As I type this, I’m sitting in a hotel room getting ready to head out to a convention that has a great literary track. I’m excited because I know that spending a weekend with these talented people will energize me and get those creative wheels turning. I learn so much from reading other writer’s work as well.

TFCE: What would be your dream project?
NASH: I would love to write The Fantastic Four for Marvel Comics. 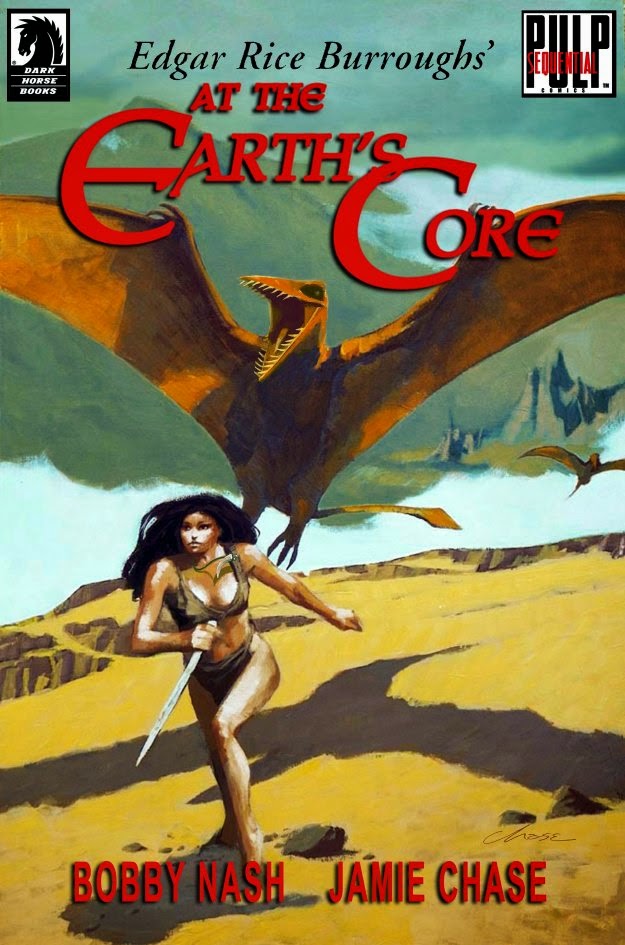 TFCE: Where do you foresee yourself within the next few years?
NASH: I would love to say I’m “caught up” on deadlines, but I think we all know better than that. Ha! I would love to see myself making a decent living from my writing. Sadly, I’m not there yet, but it is a goal I strive for and work toward.

TFCE: Considering how many you've probably done before this one, has there ever been an interview question(s) you have not been asked but would love to answer, and if so, what would your response(s) be?
NASH: WOW. That’s tough. I’ve done quite a few of these so nothing about the work or being a writer springs to mind. Thankfully, I’ve never gotten the silly boxers or briefs question or what’s my favorite food, things like that. I do get “who is your favorite author?” often, which is a really loaded question because the answer changes from day to day.

TFCE: Any other projects you would like to promote?
NASH: Always. Here are some upcoming projects to keep an eye out for in 2015.
The Snow Storm ebook from Stark Raving Press, The Strong Will graphic novel from New Legend Productions; I have a story in the upcoming V-Wars prose anthology from IDW. I wrote the script for the adaptation of Edgar Rice Burroughs’ At The Earth’s Core graphic novel from Sequential Pulp Comics/Dark Horse Comics. Then there's the upcoming Domino Lady: Threesome comic series from Moonstone Books, along with The Ruby Files Vol. 2 prose anthology from Airship 27, Evil Intent from BEN Books, and Alexandra Holzer’s Ghost Gal: A Haunting We Will Go from Raven’s Head Press.

Of course, you can keep up to date on all of these projects and more at www.bobbynash.com  and everything is available at Amazon.com

TFCE: Then on that note, let's talk about Star Trek for a moment. You have actually written an episode, so to speak? NASH: So to speak. I wrote an episode of the Starship Farragut fan series called “Conspiracy of Innocence” that is currently available for free viewing on Youtube and DVD. I met the Farragut crew at a con and liked what they had done, so I offered to write an episode for them. It was a fun experience and I thought the episode came out really well. I also lent a hand to the first episode of Star Trek Continues, which is also filmed using the same sets. It was a special honor to tour those sets, which are absolutely gorgeous. It was a magical moment, when I stepped through the doors onto the corridor for the first time. It’s the closest to time travel I’ve ever come in my life. You can learn more about them at http://www.StarshipFarragut.com and http://www.StarTrekContinues.com.

TFCE: How do you think the recent passing of Leonard Nimoy will affect the various components of the Star Trek franchise going forward? We ask because most of the fan eulogies and other memorial posts across the Internet seem more focused upon the loss of Mister Spock than on the loss of the actor, the man, or any of Mister Nimoy's other accomplishments in life.
NASH: Spock will live forever. As long as there continue to be tie-in novels, comic books, fan films, and new movies, the character of Spock will endure. Mr. Nimoy is a big part of what made Mr. Spock so special to fans. He was truly a great ambassador for the series and a wonderful actor. While Spock is the role he is best known for, I recall fond memories of his work on the original Mission: Impossible (as Paris in seasons 4 and 5) and as host of In Search Of… which was a big part of my childhood as I was born after Star Trek’s original run was canceled. I never got to meet Mr. Nimoy, although we were at some of the same conventions at the same time, but I am a fan and I will remember and forever enjoy his work.

TFCE: And on that note, thank you for your time Bobby and Live Long and Prosper Everyone!
Posted by Lee Houston, Junior at 6:27 PM

Thanks for the great interview, Lee. Much appreciated, my friend.