A CHAT WITH AUTHOR JOEL JENKINS

Today, THE FREE CHOICE E-ZINE is chatting with author Joel Jenkins about his new novel Barclay Salvage: Off Season. Why don't we start off with a little bit about the book Joel? 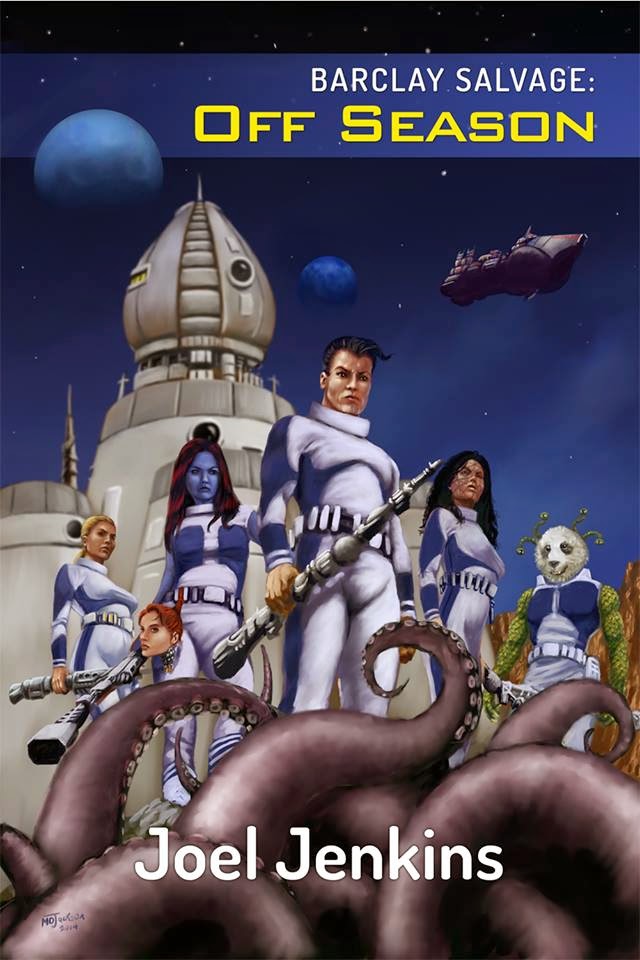 JOEL JENKINS: Aaron Barclay runs a small salvage operation from his ship The Scavenger, but his attempts to make a living salvaging abandoned spaceships and other space debris is complicated by run-ins with interstellar pirates, distress calls from prison asteroids, and an inexplicable bounty which gets placed on the heads of every member of his crew.

Accompanying him on his escapades are his blue-skinned flirtatious and scatter gun toting co-pilot Ursula, a Pagouline security officer with scaled epidermis and four eye stalks, and one very grumpy engineer. A decent paycheck always seems just one more salvage away, but when salvage goes horribly awry the survivors walk away with more money and trouble than they ever wanted or expected.

While previous sections of this novel were published within Startling Adventures Magazine and Pro Se Press’s Six-Guns and Space Ships, those stories and the missing sections are published in sequential order in one volume for the first time. Barclay Salvage: Off Season is the first novel in a three book series. The second: One for the Dark & Shadowed Sky, is already written and currently undergoing editing.

TFCE: Going over your Amazon Author's page reveals some interesting selections. Why do you write what you do?
JOEL: For some strange reason, not long after I learned to read, I became compelled to write stories. I come by this peculiar tendency honestly; my father, grandmother, and aunt are all published authors. As for writing the particular sort of action-based stories (in genres like weird west, fantasy, science fiction, and thriller) that I do, all I can say is that I write the type of stories that I might like to read.

TFCE: And from what, if anything, do you draw creative inspiration from? 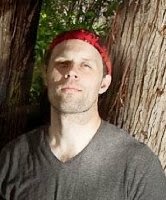 JOEL: Just about anything. Off Season is my 20th published book and I have twenty others completely written, partially written, or in the planning stages.

TFCE: Have there been any influences upon your style or technique?
JOEL: Though I wasn’t around for the heyday of pulp magazines during World War 2, at a young age I discovered a number of books reprinting Doc Savage, Conan, Kull, Tarzan and John Carter Warlord of Mars novels. These action-based, highly imaginative stories with vivid word usage have been the underpinnings to my style.

TFCE: What would be your dream project?
JOEL: I’ve been fortunate that all the books I’ve written have been dream projects of some sort. An idea captures my imagination and I’m able to run with it and see where it takes me. I’ve been blessed with a day job that pays the bills and though this gives me less time to put words on paper than a full time writer, I haven’t been required to write anything that doesn’t interest or engage me in order to put food on the table.

TFCE: Every author seems to have an unusual story (or more) about their day job. What's yours?
JOEL: It didn't happen at work, but once I impersonated a ghost. I wrote about the experience as part of the first Weird Worlds of Joel Jenkins anthology of short stories I did for Pulp Work Press.

TFCE: Where do you foresee yourself within the next few years?
JOEL: Hopefully, I’m still above ground and putting my wild imaginations to paper.

TFCE: Are there any other projects you would like to promote?
JOEL: Yes. Anyone who would like to pick up one of my books FREE in e-book or Kindle format should head over to my website at http://www.joeljenkins.net and sign up for my infrequent newsletter which will keep you apprised of my latest stories and novels.
For a complete listing of books I wrote—from the nonfiction One Foot in My Grave, to the children's book Pirates of Mirror Land to the sword and science fiction Dire Planet series—please check out my Amazon author page at http://www.amazon.com/gp/search/ref=sr_tc_2_0?rh=i%3Astripbooks%2Ck%3AJoel+Jenkins&keywords=Joel+Jenkins&ie=UTF8&qid=1299593707&sr=1-2-ent&field-contributor_id=B003CM3KIW
And of course, everything's available from Amazon in print or e-book format.

TFCE: Thanks for taking the time out of your busy schedule to chat with us.
JOEL: Anytime.

Images provided by the author.
Posted by Lee Houston, Junior at 10:41 AM

Email ThisBlogThis!Share to TwitterShare to FacebookShare to Pinterest
Labels: A Chat With Author Joel Jenkins, Barclay Savage: Off Season