Hello Everybody. Waxy Dragon here.
I know some of you might have been expecting it to be Autumn the Puppy's turn today, but she doesn't have my experience with this subject, so Autumn will be back next weekend.

Now, everyone knows what income is.
That's the money you have that you earned.
Hopefully honestly, but it's still income.
Out go is the money you spend on things like bills (whoever they are), Belgosian Dark Chocolate, food, utilities, Belgosian Dark Chocolate, etc.
You have to watch out for those etc. Some of them can be quite costly.
Anyway, one thing most humans also have to pay with their income is Texas.
I mean taxis.
Tacks?
Texts?
Tasks?
Tacts?
No. TAXES.
You can see how difficult this subject is even for a baby dragon.

I tried to help my favorite human "Bubble Head" (don't ask why, but the name is VERY appropriate) with his IRS forms, so I scattered tacks all over the place.
For some reason, he didn't like that very much.
He managed to pick up most of them with a magnet, but is now complaining that he doesn't dare go through his house barefoot until he's sure he really did get them all. 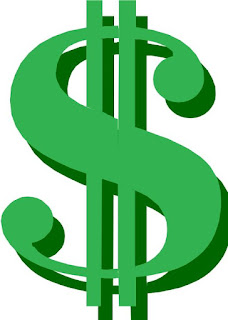 Well, when I saw he had April 15th circled in red on his calendar, I asked "Bubble Head" about that, and he said that was the filing deadline.
So after I came home from Dragon School, while he was still at work doing whatever it is "Bubble Head" does that he expects to get paid for, I honestly tried to help again.
I found a rasp and gathered up a lot of dead bugs, at least the ones I didn't eat as an afternoon snack.
When he came home, "Bubble Head" asked what the long line of dead bug dust was going from his front door all across the house and then eventually out the back door.
I told him I filed his dead line for him and "Bubble Head" just about fainted right then and there!

Well, I left when he got out his vacuum cleaner, because I just hate that awful noise it makes, and "Bubble Head" proceeded to clean up all the dead bugs!
He complained later about all the bug dust clogging up the vacuum cleaner's filters and having to empty the canister twice, but I still found the bugs tasty and delicious with a tall glass of milk.

He later told me that while I can understand a lot of languages, my
understanding of some terminology is a bit lacking.
Well geez, why does he think I'm still going to Dragon School?
Anyway, so after he left the next morning for this work thing again, I went through all his cabinets, pulled out every folder I could find, and placed them in a pretty neat line if I do say so myself.
When he came home, "Bubble Head" just groaned, gave me a (rather small if you ask me) piece of Belgosian Dark Chocolate, and sent me on my way.
He claims the only way I can truly help him is if he reveals my existence to the world and tries to claim me as a deduction on his taxes.
I know "Bubble Head" would never do that.
After all, dragons don't exist in your world, do they?

But April the 16th, "Bubble Head" seemed happy again, saying something about being able to deduct all the damage expenses I cause him and getting a refund back after all.
If that means he's getting money back from the IRS, I wonder if I can talk "Bubble Head" into buying me some Belgosian Dark Chocolate?—wd.

The Sunday Funnies will return next weekend with Autumn the Puppy, and for more about Waxy and "Bubble Head", don't forget their first literary appearance in FINDING WAXY, by Roger ("Bubble Head") Stegman and Nancy A. Hansen, available from Amazon.com in both print and Kindle editions.