Hello Everybody! Waxy Dragon here.
I don't know about where you are, but for me, so far ♫it's been a long cold, lonely winter.♫
Just sitting at home watching TV all the time can get pretty boring when ♫there's 57 channels and nothing's on.♫
At least, not on basic cable.
I'm having more fun with the radio right now. Found an "oldies" station with a lot of songs I haven't heard before, but got caught up listening for so long that I didn't really get a chance to prepare for today's post, so I'm just gonna wing it and come up with jokes based on radio tunes.
Ready?

Money may not be able to buy happiness, but it sure can make misery easier to deal with.
♫Can't buy me love...♫ 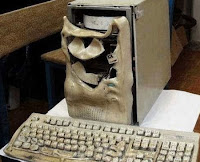 A computer once beat me at chess, but it was no match against me at kickboxing!
♫Everybody was kung fu fighting!♫
Although, come to think of it, whatever happened to Hong Kong Phooey?

A manager who smiles in the middle of a crisis has already selected who will be blamed for the mess.
♫You don't believe, we're on the eve of destruction?♫

Some people debate having a career. Others earning a decent paycheck. Why not beat the odds and go for both?
♫Working 9 to 5...♫ 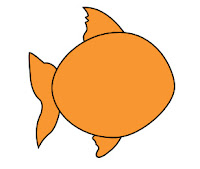 If anyone knows a good fish joke, let minnow.
♫I'd like to be, under the sea...♫

War does not determine who is right. War determines who is left.
♫All we are saying, is give peace a chance.♫

And on that note♫, have a great week everybody and please come back next weekend for more Sunday Funnies!
Maybe by then I'll figure out why they call all these great new songs I've never heard before "oldies".—wd.
Posted by Lee Houston, Junior at 3:44 PM