*Now American President Donald Trump claims there “is no time limit” on denuclearizing North Korea???
*World War THREE???
*Japan and the European Union now have a trade agreement.
*CLIMATE CHANGE IS REAL FOLKS!😟 Japan is experiencing a heat wave while Vietnam is facing flooding problems. (There are 2/TWO separate links in this item.)
*The United Kingdom hopes to build a “space port”.
*The “new” moons of Jupiter and confirmation of another exoplanet! (There are 2/TWO separate links in this item.)
*France won the 2018 FIFA World Cup in professional football/soccer.
*Novak Djokovic won the Men’s Championship to conclude the 2018 Wimbledon Tournament of professional tennis.
*Manny Pacquiao is the new WBA Welterweight champion. 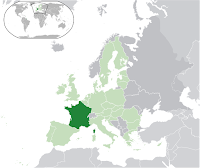 WITHIN THE UNITED STATES OF AMERICA…
TARIFF TALK…
*Could China win the trade war???
POLITICALLY…

*Another indictment as investigations into the 2016 Presidential election continues.
ELSEWHERE…
*The hotel is suing the shooting victims??? The action has only earned them serious negative publicity so far. (There are 2/TWO separate links in this item.)
*Why some people are angry at Victoria’s Secret.

Our IN OTHER NEWS feature at the bottom of your screen has been temporarily(?) suspended while Blogger works on updating some of its gadgets.
Posted by Lee Houston, Junior at 3:54 PM

Email ThisBlogThis!Share to TwitterShare to FacebookShare to Pinterest
Labels: 2018, July 15-21, news, The Week In Review