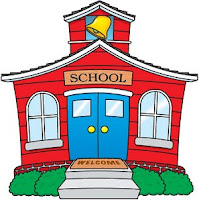 SCHOOLS ARE BACK IN SESSION!
PLEASE OBSERVE ALL SAFETY REGULATIONS CONCERNING THEM!

ARE YOU AWARE OF THE CHILDREN’S ADVIL RECALL???

*President Trump wants to “regulate” Google???
*His employees are legally forbidden to criticize Trump???
*The media event that wasn’t.
*While Trump negotiates a new NAFTA deal, will Canada be involved???
*The Associated Press’ latest Trump fact checking. but apparently Trump wants NOBODY to know anything about him. (There are 2/TWO separate links in this item.)
*The Trump Tax Cuts have NOT helped the housing industry.

*Trump has canceled all impending Federal pay raises.
*Does the Secretary of Education support guns in schools???
*President Trump’s “concerns” should the Republicans lose the 2018 midterm elections this fall, and what the Democrats are actually contemplating. (There are 2/TWO separate links in this item.)
*But whatever happens, Jeff Sessions will stay employed until then.
MEANWHILE…

THE FREE CHOICE E-ZINE WOULD LIKE TO THANK ITS LOYAL READERSHIP FOR GRANTING US 1,828 PAGE VIEWS IN AUGUST 2018.

Our IN OTHER NEWS feature at the bottom of your screen has been temporarily(?) suspended while Blogger works on updating its gadgets.
Posted by Lee Houston, Junior at 5:06 PM

Email ThisBlogThis!Share to TwitterShare to FacebookShare to Pinterest
Labels: 2018, August 26-September 1, news, The Week In Review