Can you believe another year is already upon us? 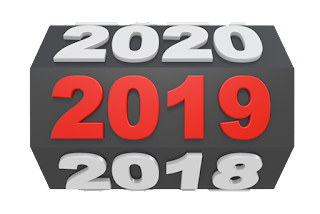 Then again, 2019 is also either the 20th anniversary of the Super Dimensional Space Fortress crashing to Earth that was the catalyst of the Macross anime as part of the overall Robotech series, or Phillip J. Frye getting cryogentically frozen on New Year’s Eve before being awakened to face Futurama.

On a more serious note the Euro, USB Drives, the BlackBerry, and Bluetooth all came into existence 20 years ago this year and there will be elections this fall, with Congressional seats being the highest office available. Despite past claims of this being a “minor” event, this year’s voting will be an important indicator of how America feels as the 2020 Presidential election approaches.

And to think, our biggest worry 20 years ago was what (if anything) the Y2K Bug 🐛would do.
Other events in the year ahead include...

525TH ANNIVERSARY (1494)
May 5: Christopher Columbus discovered what is now Jamaica during his second voyage.

160TH ANNIVERSARY (1869)
November 24: Charles Darwin first published On the Origin of the Species.

90TH ANNIVERSARY (1929)
January 5: Oswald the Lucky Rabbit 🐰(voiced by Mickey Rooney) debuts in “Ozzie At The Circus”.
January 7: Debut of Buck Rogers in the comics.
January 17: Popeye the Sailor debuted in the Thimble Theater comic strip.

55TH ANNIVERSARY (1964)
Anything that debuted this year, like F-Troop and Voyage to the Bottom of the Sea both did on September 14.
As of October 3, there’s no need to fear, Underdog is here!
Rudolph the Red Nosed Reindeer 🦌shined for the first time December 6.

50TH ANNIVERSARY (1969)🌕
July 20: Apollo 11 landed on the moon! First moon walk next day, with Apollo 12 duplicating these feats before the end of the year.
Come and play! Sesame Street debuted November 10.
The first Internet set up was established on November 20 at the University of Southern California. 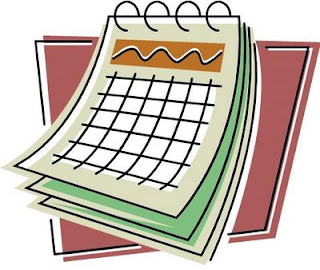 And of course, The Free Choice E-zine will be celebrating its 2200 post sometime this year.
Posted by Lee Houston, Junior at 1:27 AM