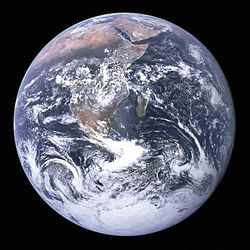 *British Parliament to Prime Minister May: Try again, concerning Brexit. Britain has since formally requested a delay in leaving the European Union. (There are 2/TWO separate links in this item.)
*After the tragic terrorist attack, New Zealand is preparing to overhaul their gun laws. (There are 2/TWO separate links in this item.)
*Donald Trump was an inspiration???
*Is North Korea planning to resume their nuclear program???
*Did the United States commit war crimes in Afghanistan???
*While their alleged involvement in the 2016 American Presidential election is still under investigation, will Russia interfere with another election???
*The Boeing 737 MAX is grounded until further notice.
*President Abdelaziz Bouteflika of Algeria has announced he will not seek a fifth term.
*GLOBAL WARMING IS A GLOBAL CONCERN! (There are 2/TWO separate links in this item.)
*The USS WASP has been found!
*Bertrand Piccard (Switzerland) and Brian Jones (Britain) completed the first around the world hot air balloon trip on March 20, 1999. 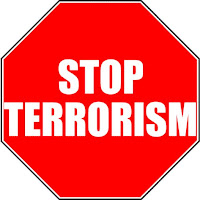 😢PASSING PARADE…
*The innocent victims of the New Zealand terrorist attack March 15.
*Those who lost their lives in the crash of Ethiopian Airlines Flight 302 March 10.
*Famed Drummer Hal Blaine has passed away.
*Former professional baseball player Leroy Stanton is no longer with us.

WITHIN THE UNITED STATES OF AMERICA…
THE BORDER WALL-KIDS-IMMIGRATION ISSUES…
*President Trump declared the lack of a border wall a “national emergency”. There have since been legal and legislative battles initiated over this.
NOTE: While we are doing our best to provide coverage, the above is a serious, ongoing issue. Especially since no one has yet to discuss the costs of separating families and who is truly responsible for the deaths of two detainee minors, let alone if anyone might actually be making a profit from this situation.
POLITICALLY…

*Did the United States commit war crimes in Afghanistan???
*One stop shopping for “ladies of the evening” AND political access???
*Has Ann Coulter turned against President Trump???
*Are Trump and Fox News against Greenpeace???
*The anticipation waiting for Robert Mueller’s investigation results into Russia’s possible interference in the 2016 Presidential election is growing.
*New York is investigating Donald Trump too!
*While the original sentence against him was light, Paul Manafort is facing additional charges.

THE BUDGET BATTLE…
*Despite all the opposition to it, Trump wants $8.6 BILLION dollars dedicated to building his border wall as part of the largest budget proposal ever submitted by a President! The Democratic response: NO! (There are 2/TWO separate links in this item.)
*The same budget reduces domestic (education, welfare, housing, etc) expenses to offset increased defense expenses, leaving little savings and an ever growing deficit.

MEANWHILE…
*The Senate has declared the lack of a border wall a NON emergency, but Trump has since vetoed that decision. Congress is planning an override veto vote for March 26. (There are 3/THREE separate links in this item.)
*Whenever Robert Mueller files his final report, will the results be made public???

ELSEWHERE…
*Donald Trump was an inspiration???
*The Boeing 737 MAX is grounded until further notice.
*What would you do to help your child get into college??? It shouldn’t be this! (There are 2/TWO separate links in this item.)
*Suspected mobster Frank Cali has been murdered.
*Are you ready for the 2019 baseball season’s NEW RULES???
*Peter Kaiser commanded the winning dog sled team in the 2019 Iditarod.
*The USS WASP has been found!
😁AND FINALLY, SOME GOOD NEWS…
*Although not as celebrated, March 17 is also Saint Gertrude, the Patron Saint of Cats🐱 Day. (There are 2/TWO separate links in this item.)

Although our IN OTHER NEWS feature at the bottom of your screen was suspended when Blogger updated its gadgets, we have ADDED a new TRANSLATE feature in the upper right hand corner!

Email ThisBlogThis!Share to TwitterShare to FacebookShare to Pinterest
Labels: 2019, March 10-16, news, The Week In Review