Hello Everybody! Autumn the Puppy here!
It's been ages since I've done anything related to celebrities.
But let's try something a little different this time, shall we?

A businessman was complaining to the computer technician about his equipment. “I put three reams of paper into the printer, but it keeps saying ♫just can’t get enough♫"
“Here’s the problem," replied the technician. "It was stuck in Depeche Mode."
"Well, my staff calls our other printer Bob Marley because it keeps jammin’ and is Jamaican them crazy."

Where did county boy John Denver go to school? 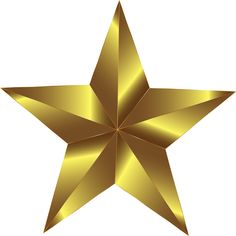 After returning from Oz, Dorothy and her dog went camping.
One night a storm came up and a strong wind blew their tent away.
“Toto, I’ve a feeling we’re not in canvas any more."

Did you know that as a boy, Brutus’ mother often cautioned him not to run with Caesars?✀✂✁

Since no celebrity themed joke fest is complete unless one features him...
Chuck Norris is the only person capable of closing a revolving door!

Steven Spielberg was busy discussing his new action adventure about famous classical composers with Bruce Willis, Sylvester Stallone and Arnold Schwarzenegger.
"Who do you want to play?" Spielberg asked Bruce Willis.
"I've always been a big fan of Chopin," said Bruce. "I'll play him."
"And you, Sylvester?" asked Spielberg.
"Mozart's the one for me!" said Sly.
"And what about you?" Spielberg asked Schwarzenegger.
"I'll be Bach."

And on that note♫, have a great week everybody, and please be back with us again next weekend for more Sunday Funnies!—AtP
Posted by Lee Houston, Junior at 10:57 PM