WITHIN THE UNITED STATES OF AMERICA…
THE BORDER WALL-KIDS-IMMIGRATION ISSUES…
*President Trump declared the lack of a border wall a “national emergency”. There have since been
legal and legislative battles initiated over this.
*Trump prefers even MORE separation of families, or does he??? But it's still happening. (There are 3/THREE separate links in this item.)
*Why did his Homeland Security Secretary resign???
*You can’t send someone back while they await your decision about asylum.
*So, does Trump want to close the Mexican border or not???
NOTE: While we are doing our best to provide coverage, the above is a serious, ongoing issue. Especially since no one has yet to discuss the costs of separating families and who is truly responsible for the deaths of FOUR detainees (to date), let alone if anyone might actually be making a profit from this situation.
POLITICALLY…

*Trump’s Homeland Security Secretary has resigned. Trump fired his Director of the Secret Service and his acting Director of Immigration and Customs Enforcement is about to leave. Is the Department of Homeland Security in trouble??? (There are 3/THREE separate links in this item.)
*Secretary of State Mike Pompeo has announced the US officially declares Iran’s Islamic Revolutionary Guard Corps a terrorist threat. (There are 2/TWO separate links in this item.)
*Trump knows better than his military top brass???
*Fewer women in Trump’s Cabinet???
*Even if the President and his fellow Republicans win re-election, Trump is having difficulties finding people to develop whatever might replace Obama Care.
*Warner Brothers is suing Donald Trump over a legal matter.
*What might Donald Trump’s tax returns actually reveal??? Not everyone agrees with the President withholding them, and he may not be on every ballot if he doesn't present them! (There are 4/FOUR separate links in this item.)
*Trump Hotels can still accept foreign payments when others can’t???
THE MUELLER REPORT… 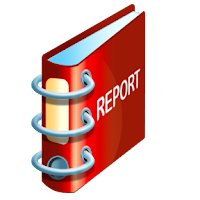 *The report will allegedly be released to Congress within a week, but in what form???
*Has Attorney General Barr changed his opinion???
*How much does RUSSIA know about the report???
*What will Devin Nunes and Barr discuss if they meet???
MEANWHILE…
*Another Democrat has thrown their hat into the ring for the 2020 Presidential nomination.
*Do his fellow Republicans still have faith in President Trump???
ELSEWHERE…
*Income taxes are due April 15! Are you ready for the NEW rules???
*The latest on the college admissions scandal. Some plead guilty while others face additional charges. (There are 2/TWO separate links in this item.)
*Wanna buy the National Enquirer???
😀AND FINALLY, SOME GOOD NEWS…
*Still going strong at 93!

Although our IN OTHER NEWS feature at the bottom of your screen was suspended when Blogger updated its gadgets, we have ADDED a new TRANSLATE feature in the upper right hand corner!
Posted by Lee Houston, Junior at 11:26 PM

Email ThisBlogThis!Share to TwitterShare to FacebookShare to Pinterest
Labels: 2019, April 7-13, news, The Week In Review