😎FUN FACT
August 26 marks the 100th anniversary of American women gaining the right to vote!
So it's quiz time!
01. Yes or No. The United States of America was the first country to acknowledge a woman's right to vote?
02. If your answer to Question 01 is “no”, then who do you think was the first?
03. Who was President of the United States when the 19th Amendment became law?
04. How many states needed to approve the measure for it to become the 19th Amendment?
05.Who was the first state to say “yes”?
06. Based on your answer to Question 04, who was the last to say “yes”?
We’ll reveal all next weekend but for now, let’s open up THE ANSWERS BOX📦 and discover the results from the August 15, 2020 Puzzle Corner. 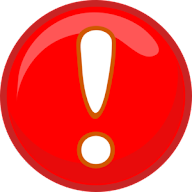 TRIVIA TIME⌚
What is Mondegreen?
The technical term for mishearing something.
FAMOUS FIRSTS🥇
What was the first grocery store chain?
Not sure about other countries, but in America it was Piggly Wiggly.
Video courtesy of YouTube. Schoolhouse Rock and "Sufferin' Until Sufferage" © by whoever currently owns them.
Posted by Lee Houston, Junior at 12:36 AM