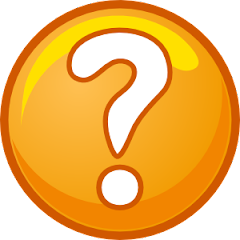 The Snickers Candy Bar was named after a horse! 🐴
NUMBER PLEASE
Get ready! We ask the question, but the answer is just a number.
As I was going to Saint Ives, I met a man👫👭👭👭 with seven wives.
Each wife had seven sacks.
Each sack had seven cats😸😸😸😸😸😸😸.
Each cat had seven kittens.
Kits, cats, sacks, and wives.
How many were COMING from Saint Ives?
TRIVIA TIME⌚
What famous character lives at 1770 James Street?
We’ll reveal all next weekend but for now, let’s open up THE ANSWERS BOX and discover the results from the August 22, 2020 Puzzle Corner as we celebrated the 100th anniversary of the 19th Amendment to the US Constitution as American women finally obtained the right to vote.

01. NO, the United States of America was NOT the first country to acknowledge a woman's right to vote.
02. New Zealand was in 1853, but they did not acknowledge a lady's eligibility to run for office until 1919. The 19th amendment does both.
03. Woodrow Wilson was President of the United States at the time when the 19th amendment became official, although he was personally against it.
04. 36 of the then 48 states had to approve the measure for it to officially become part of the Constitution.
05. Illinois was the first to say "yes" on June 10, 1919.
06. Tennessee was the last state needed to make the amendment official. They said "yes" on August 18, 1920 and the measure officially became part of the Constitution on August 26, 1920, making that day the official anniversary. See how quickly government actually worked back then?
BUT WHAT ABOUT THE REST OF THE COUNTRY?
Connecticut adopted the measure on September 14, 1920.
Vermont did the same on February 8, 1921.
Delaware did too on March 5, 1923!
Virginia finally recognized the measure on February 21, 1952.
Alabama on September 8, 1953.
But Maryland remained silent on the matter until February 25, 1958!
Alaska and Hawaii accepted the Constitution as is when they both officially became states in 1959.
Yet Florida didn't formally acknowledge the 19th amendment until May 13, 1969, with South Carolina finally doing so July1.
Georgia eventually followed suit on February 20, 1970 with Louisiana joining the party on June 11 of that year.
North Carolina adopted the measure on May 6, 1971, and Mississippi finally accepted the 19th amendment on March 22, 1984!
Alaska, Hawaii and Connecticut I can understand. But the rest?
If any historians in the audience care to shed some light upon this subject, feel free to contact this e-zine with the information.
Posted by Lee Houston, Junior at 12:00 AM