"I REALLY BELIEVE THAT IF THE (POLITICAL) LEADERS OF THE WORLD COULD SEE THIS PLANET FROM A DISTANCE OF, LET'S SAY 100,000 MILES; THEIR OUTLOOK WOULD BE FUNDAMENTALLY CHANGED. THE ALL IMPORTANT BORDER(S) WOULD BE INVISIBLE, SILENCING THAT NOISY ARGUMENT."
ASTRONAUT MICHAEL COLLINS, 1930-2021
BEWARE ANY VERSION OF
THE COVID-19/CORONAVIRUS!
MAY IS BREAST CANCER AWARENESS MONTH. 🎗
MAY 1 IS THE 80TH ANNIVERSARY OF CITIZEN KANE.
MAY 4 IS STAR WARS DAY.
MAY 5 IS CINCO DE MAYO.
MAY 5 IS ALSO THE 130TH ANNIVERSARY OF CARNEGIE HALL.
MAY 6 IS NURSES DAY.
MAY 8 IS THE 135TH ANNIVERSARY OF COCA-COLA.
MAY 9 IS MOTHERS DAY.
2021 IS CRASH BANDICOOT’S 25TH ANNIVERSARY.
AM😷NGST EVENTS AROUND THE W🌍RLD THIS PAST WEEK… 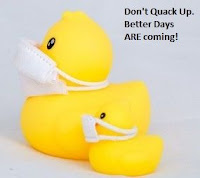 THE TERRORIST REPORT…
*The Free Choice E-zine does not support terrorism, no matter what the “cause” or alleged “justification”. Thus we will only be posting news items in this section whenever terrorists are brought to justice.
😢PASSING PARADE…
*Apollo 11 astronaut Michael Collins is no longer with us.
*Famed motorcycle racer🏍 Dick Mann has passed away.
*Actress Olympia Dukakis (Moonstruck, Steel Magnolias, more) has taken her last bow on life's stage.
*Professional football🏈 player Geno Hayes was taken from us too soon.
*Actor Johnny Crawford (an original Mouseketeer, The Rifleman, more) has taken his last bow on life’s stage.
*TV director Charles Beeson (numerous credits) is no longer with us.
*Anita Lane of Nick Cave and the Bad Seeds has passed away.
*Former professional football🏈 player Pete Lammons has passed away.
*Actor Nathan Jung (numerous credits since the 1960s) has taken his last bow on life’s stage.
*Author Jason Matthews (Red Sparrow, more) is no longer with us.
WITHIN THE UNITED STATES OF AMERICA…
THE BORDER WALL-KIDS-IMMIGRATION ISSUES…

*“President” Trump declared a “national emergency” to build his border wall, separating families upon apprehension. President Joseph Biden nullified the emergency, but other matters pertaining to these issues still have to be dealt with.
*Will ICE get a new leader???
*Human smuggling ring discovered in Texas!
NOTE: While we are doing our best to provide coverage, the above is a serious, ongoing issue. Especially since no one has yet to discuss the health and safety of all the “detainees” as well as the various costs under Donald Trump of separating families and who is truly responsible for the deaths of FOUR “detainees” (known to date), let alone if anyone might actually be making a profit from this situation.
CAPITAL CHAOS: JANUARY 6, 2021>AFTERMATH
*Still investigating!
*“Riot? What riot?”—Selective Republicans.
*How far does it go???
POLITICALLY…

😷THE US VERSUS COVID-19…
*The state of your state, from two different sources. (There are 2/TWO separate links in this item.)
*“We’re willing to share.”
*Beware the COVID lies!
IT’S FACT CHECK TIME!✅
*Is this even still an issue???
*Oh good grief! There is NO “meat police”!  Yet why does Republican California House of Representatives member Kevin McCarthy keep repeating it??? (There are 3/THREE separate links in this item.)
*Vice President Harris is NOT writing a pro-migrants children’s book.
*Beware the COVID lies!
*Apparently Ted Cruz doesn’t like being fact checked.
MEANWHILE, IN CONGRESS…

*No surprise here.
*Now what (if anything) do Republicans have against day care, education, and employee leave other than the fact a Democratic President suggested them???
*Some wonder if Trump erred as post 2020 Census adjustments are made. (There are 2/TWO separate links in this item.)
*Step in line or else???
ELSEWHERE…

*Now what???
*Another Republican resignation.
*Raiding Rudy’s residence.
*So, what’s up with Rick Santorum??? Some want him fired. (There are 3/THREE separate links in this item.)
*WTF???
*Did he or didn’t he???
*The 2021 Razzie “winners”, for the worst in movies are…
*The 2021 Oscar winners, for the best in movies are...
*May 5 is the 60th anniversary of Alan Shepard, Junior becoming the first American Astronaut in space.
*AS PREVIOUSLY PROMISED, MEDINA SPIRIT WON THE 2021 KENTUCKY DERBY.🏇
😀AND FINALLY, SOME GOOD NEWS…
*He’s back also!

THE FREE CHOICE E-ZINE WOULD LIKE TO THANK ITS LOYAL READERSHIP (and their bots?) FOR GRANTING US 10,866 PAGE VIEWS IN APRIL 2021.
Posted by Lee Houston, Junior at 6:01 PM

Email ThisBlogThis!Share to TwitterShare to FacebookShare to Pinterest
Labels: 2021, news, The Week In Review, Week: April 25-May 1