BEWARE ANY VERSION OF
THE COVID-19/CORONAVIRUS!
MAY IS BREAST CANCER AWARENESS MONTH.🎗
MAY 8 IS WORLD RED CROSS DAY. 🞤
MAY 9 IS MOTHERS DAY.
MAY 9 IS ISRAEL’S INDEPENDENCE DAY.
AM😷NGST EVENTS AROUND THE W🌍RLD THIS PAST WEEK… 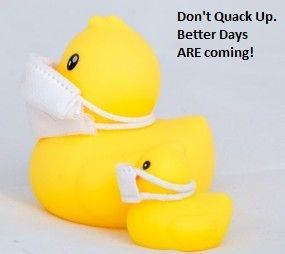 *“President” Trump declared a “national emergency” to build his border wall, separating families upon apprehension. President Joseph Biden nullified the emergency, but other matters pertaining to these issues still have to be dealt with.
*Reunited!
NOTE: While we are doing our best to provide coverage, the above is a serious, ongoing issue. Especially since no one has yet to discuss the health and safety of all the “detainees” as well as the various costs under Donald Trump of separating families and who is truly responsible for the deaths of FOUR “detainees” (known to date), let alone if anyone might actually be making a profit from this situation.
CAPITAL CHAOS: JANUARY 6, 2021>AFTERMATH
*Why are the “Proud Boys” taking money from CHINA???
*On House of Representatives member Mo Brooks (R.-Alabama).
POLITICALLY…

*Did former Attorney General William Barr go out of his way to protect “President” Trump??? A Federal Judge wants to find out. (There are 2/TWO separate links in this item.)
*We need representation NOW!
*Eviction moratorium overstepped the law, claims judge.
*♫Speaking words of wisdom...♫ (There are 2/TWO separate links in this item.)
SOCIAL (IN)JUSTICE…
*Could Derek Chauvin get a new trial???
*UNNECESSARY!
*HUH???
*We need representation NOW!
*Yes, she was speeding, but did she deserve this???
*A person is a person, and there is NO “three-fifths” about it!
*Is School applied “corporal punishment” necessary in the United States???
*Kansas won’t go “anti-trans”. Yet???
*“I shouldn’t have to make you do your jobs.”—Ohio Judge.
*Didn’t slavery end long before now???
*Didn’t they have better things to do???
*Apparently guilt costs.
😷THE US VERSUS COVID-19…

ELSEWHERE…
*Who cyber attacked the pipeline???
*Is he smarter than a sixth grader???
*Opinion: Florida’s future is…???
*Trump has established his own “soap box” while Facebook has decided to continue Trump’s indefinite suspension from their site. (There are 3/THREE separate links in this item.)
*Apparently Trump still holds grudges over losing the 2020 Presidential Election.
*Sadly, the remaining Monkees have decided to hold a farewell tour this fall.
😀AND FINALLY, SOME GOOD NEWS…
*Readjusting to life.
*Surprise!
Posted by Lee Houston, Junior at 5:53 PM

Email ThisBlogThis!Share to TwitterShare to FacebookShare to Pinterest
Labels: 2021, news, The Week In Review, Week: May 2-8