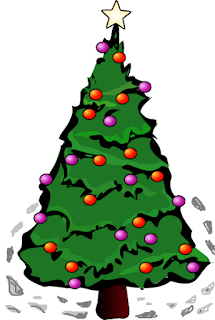 😎FUN FACT
Charles Dickens’ A Christmas Carol is the most adapted holiday story in any media.
REBUS
Christmas is here and it’s time to celebrate! Do you know what is represented by the image on the right?
TRIVIA TIME⌚
What is the origin of the Gingerbread Man?
We’ll reveal all next weekend but for now, let’s open up THE ANSWERS BOX🎁 and discover the results from the December 18, 2021 Puzzle Corner.
TRIVIA TIME⌚
Four classic Christmas specials have the unique distinction of being shown on television every year since their debut. Can you name the quartet?
In order of their initial appearance: Rudolph the Red-Nosed Reindeer 🦌since 1964, A Charlie Brown Christmas since 1965, the original Chuck Jones produced Doctor Seuss’ How the Grinch Stole Christmas since 1966 celebrating its 55th anniversary this year, and the “baby” of the family: Frosty the Snowman⛄ since 1969.
THE LETTER SHUFFLE
How many new words can you form out of the letters in CHRISTMAS?
A, act(s), ah(s), aim(s), air(s), am, amiss, arc(s), arch, arm(s), art(s), as, ash, ass, at
Cam(s), car(s), cart(s), cash, cast(s) cat(s), char(s), chair(s), charm(s), chart(s), chasm(s), chat(s), cram(s)
Ha, hair, ham(s), harm(s), has, hat(s), hi, him, his, hiss, hit(s)
I, I’m, is, it, its, it’s, itch
Ma, mach, march, mart(s), mash, mass, mast(s), mat(s), match, math, mint(s),mirth, miss, mist(s)
Racism, racist(s), ram(s), rash, rat(s), rich, rim(s)
Sash, sat, scam(s), scar(s), scat, sham(s), shirt(s), Sir, sis, sit(s), smash, smart(s), stair(s), star(s), starch, stash, stir(s)
Tar(s), this, Tis, trash, tram(s), trim(s), Tsar
Besides the 135 words listed above, Chris, Christ, and Sam might be eligible, depending upon your position of counting proper names in a game like this. Other words might also be possible.
Posted by Lee Houston, Junior at 12:54 PM