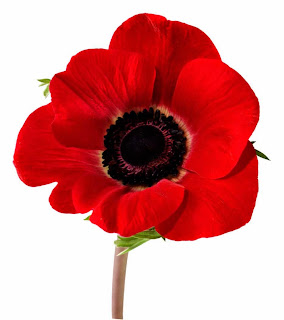 Today is Memorial Day here within the United States of America.
Usually I would take a moment to speak about honoring and remembering the Veterans not only of this country, but of all nations who fought to defend and protect their lands and citizens, some even to the point of dying so that others could enjoy the freedom and democracy they have today.
This year I had also originally planned to mention the fact that it's the 60th anniversary of the USS Arizona Memorial being dedicated at Pearl Harbor, Hawai'i after the ship and crew valiantly fought against the sneak attack on December 7, 1941 that heralded America's dramatic entry into World War 2.
Instead I am here to speak on behalf of others who have lost their lives in battles that they didn't even know had been declared, let alone that they were the targets.
The Robb Elementary School Shooting of May 24 is just the latest tragedy.
So far this year there have been an alarming 213 Mass Shootings!😲
27 OF THEM AT SCHOOLS!😱
WHEN WILL THIS MADNESS END?
Columbine. Virginia Tech. Aurora. Sandy Hook. Charleston. Orlando. Las Vegas. Parkland. Gilroy. El Paso. Buffalo. Orange County. Uvalde...
WHEN WILL WE STOP SACRIFICING INNOCENT CHILDREN AND OTHER HUMAN BEINGS TO PROTECT THE "RIGHT TO BEAR ARMS"?
While it might be the basic concept of the Second Amendment to the American Constitution, the FULL text is “A well regulated Militia, being necessary to the security of a free State, the right of the people to keep and bear Arms, shall not be infringed.”
The fledgling country that America was back then needed such groups to protect our freedoms of life, liberty, and the pursuit of happiness.
We now have police departments and the various branches of the United States military.
Are militias still a valid unit today?
PLEASE DO NOT MISUNDERSTAND OUR POSITION.
THE FREE CHOICE E-ZINE IS NOT ANTI-GUN.
WE ARE PRO GUN RESPONSIBILITY!
Other countries are doing MUCH BETTER in this department than the United States, and America is supposed to be a world leader, let alone a "super power".
WHEN WILL THE POLITICIANS START DOING WHAT'S RIGHT INSTEAD OF WHAT'S PROFITABLE?
Hopefully soon.
There are too many empty beds and broken hearts in this country as it is...
THE ABOVE WAS AN EDITORIAL.
All links were active at the time of posting.
Lee Houston, Junior
Editor-In-Chief
The Free Choice E-zine.
Posted by Lee Houston, Junior at 12:24 AM