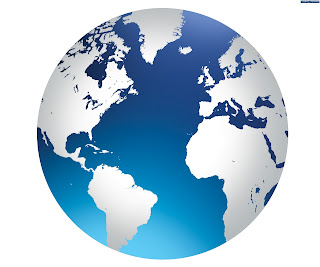 Amongst events happening around the world this past week...
*Although still threatening "immediate military action", North Korea says it is willing to discuss a peaceful accord, provided its status as a nuclear power is not challenged, ALL sanctions against the country are lifted, and South Korea apologizes for all anti-North Korea protests.
*Giorgio Napolitano has been re-elected President of Italy.
*New Zealand has decided to legalize same-gender marriages.
*Two "Earth like" planets have been discovered orbiting within the habitable zone of the star known as Kepler 62.
*Civil unrest continues in Afghanistan, Iraq, and Somalia.

*Security at the London Marathon Sunday (April 21) is being increased following the cowardly attack at the finish line of the Boston Marathon Monday.
*Funeral services were held for former Prime Minister Margaret Thatcher this past Wednesday.

*The death toll in China from the H7N9 strain of avian flu has reached 16, while Taiwan is putting a (temporary?) ban on all poultry products.
*The country suffered a 6.6 earthquake earlier today (April 20), resulting in over 150 people known dead and thousands injured.

FROM THE UNITED STATES

THE BOSTON MARATHON ATTACK
After an intense manhunt that claimed the life of one police officer, authorities have a suspect in custody, while his partner died trying to escape capture.
The explosions at the finish line of the 2013 Boston Marathon claimed 3 lives (including that of a young child and a runner from China) while injuring 183 people, resulting in several amputations. No reason(s) for the attack have been given at press time.

*Ricin laced letters were mailed to several members of the United States Senate and US President Barack Obama, but were caught by the initial screening processes of their respective mail rooms. The Federal Bureau of Investigation has a suspect in custody.
*The Senate failed to pass new legislation that would have increased background checks on gun owners, with 46 members voting "nay", thus preventing the majority necessary to carry the vote. The Free Choice E-zine is not betting on those naysayers being re-elected.
*The Federal Aviation Authority has approved a repair procedure on the lithium-ion battery, thus allowing Boeing's fleet of 787 aircraft to resume flying soon.

For more news at any time, either scroll down to our IN OTHER NEWS feature at the bottom of your screen or visit any other reputable news source.
Posted by Lee Houston, Junior at 11:25 PM