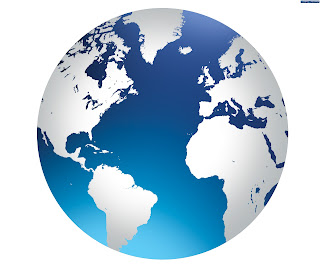 *The hacktavist(s?) known as Anonymous e-mailed the Royal Canadian Mounted Police with the names of the four suspects connected with the rape of Rehtaeh Parsons, warning the authorities that if they were able to locate the accused, anyone could in time. The RCMP has yet to officially file any charges against the accused since the victim/complaining witness died following recovery complications after an attempted suicide, because she could not take the pressures following the attack, when the suspects posted a photo of the victim "to ruin her spirit and reputation".
*The French Senate has voted in favor of supporting same gender marriages in that country.
*A 32 foot tall stone structure initially found in 2003 on the ocean floor in the Sea of Galilee, has been determined to be man made. The monument(?) is theorized to date back to at least 2000 BC, but its purpose, and possible contents, are unknown at this time.
*Filip Vujanovic has been reelected President of Montenegro.
*Former British Prime Minister Margaret Thatcher has passed away, following complications after suffering a stroke.
*Sir Robert G. Edwards, the man who won the 2010 Nobel Prize in Medicine for developing in vitro fertilization, has passed away.
*Civil unrest continues in Syria and Afghanistan.

THE LATEST FROM KOREA
*China has sided against North Korea possessing any nuclear weapons. No word from Kim Jung Un or other officials on this new development at press time. However North Korea is no longer allowing Chinese tourists in the country, but business trips are still allowed at the present time.
*South Korea is worried that its militant neighbor might be planning yet another nuclear "test".
*While its initial launch deadline has come to pass with no activity, North Korea is now threatening Japan as its potential target if missiles in that country are not removed. Japanese officials have responded that the armaments on Okinawa Island are "permanently positioned".
*Russian President Vladimir Putin is "extremely concerned that the situation might get out of hand and lead to a nuclear disaster worse than Chernobyl."

FROM THE UNITED STATES OF AMERICA
*Sally Jewell has been confirmed as the new Secretary of the Interior.
*President Barack Obama has submitted his proposed 2013-2014 Federal Budget for Congressional approval.
*Although not legally required to do so since they are not actively campaigning for their current positions, both President Obama and Vice President Joe Biden have released their 2013 tax returns to the public.
*Actress and original Mouseketeer Annette Funicello unfortunately lost her battle with multiple sclerosis.
*Comedian Jonathan Winters has passed away from natural causes at age 87.

IN SPORTS
*The Louisville Cardinals won the Men's Division and the University of Connecticut Lady Huskies the Women's Division in the 2013 NCAA College Basketball Tournament.

AND THE FREE CHOICE E-ZINE WOULD LIKE TO THANK ITS READERSHIP FOR GRANTING US OVER 1000 PAGE VIEWS FOR THE EIGHTH  STRAIGHT MONTH IN A ROW!

For more news at any time, either scroll down to our IN OTHER NEWS feature at the bottom of your screen, or visit any other reputable news source.
Posted by Lee Houston, Junior at 4:17 PM