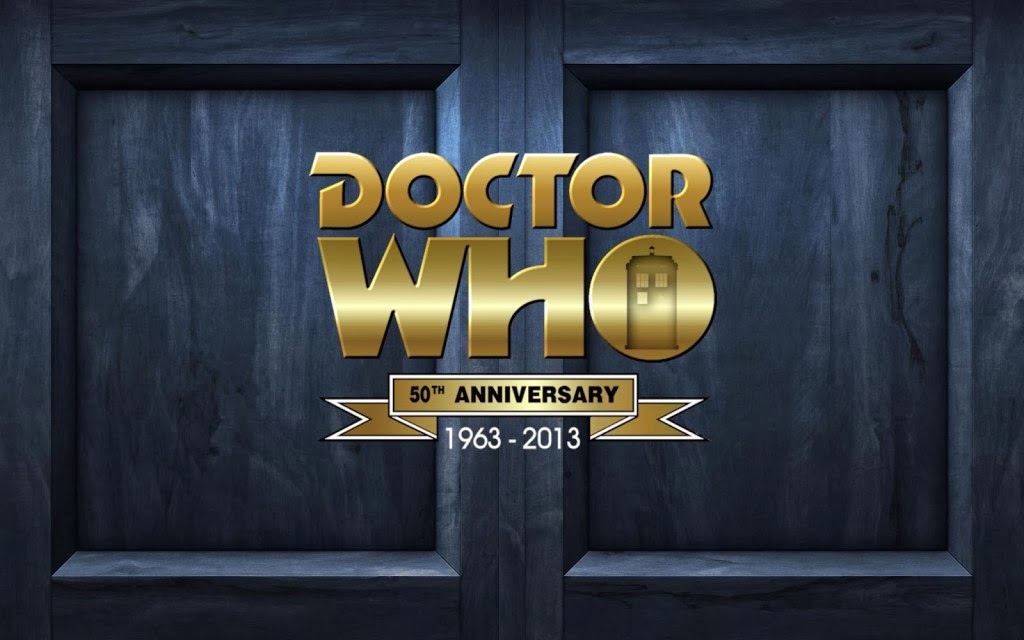 Today marks the 50th anniversary of the British Broadcasting Company's science fiction programme Doctor Who, but while the show may be produced in England, it is far from just an United Kingdom phenomenon.

It all began with the very first episode: part 1 of An Unearthly Child, which first aired over an hour late because of the extended news coverage of the John F. Kennedy assassination that occurred the day before.
Thankfully, someone at the BBC had the foresight to reair part 1 in its regular time slot the following week instead of continuing on with part 2, thus giving the series a chance.
But while the adventures of a friendly, yet mysterious man who traveled through time and space in what looked like a blue police call box was interesting unto itself, the show really took flight with the second adventure, The Daleks, which introduced an arch-enemy that would challenge the Doctor throughout the years to come.
Yet while the series was gaining momentum, it may have lost everything when ill health forced William Hartnell, the initial actor in the title role, to bow out.
However, the concept of regeneration (first called a rejuvenation process) was introduced to explain the exchange of a second actor (Patrick Troughton) for Hartnell.
As the series grew, much was added to the lore, including the fact that the Doctor is actually a Time Lord from the planet Gallfrey, who disagreed with his people's policies and decided to see the universe on his own.

Thanks to the regeneration process, to date, there have been 11 Doctors: Hartnell, Troughton, Jon Pertwee, Tom Baker, Peter Davison, Colin Baker (no relation to the other Baker), Sylvester McCoy, Paul McGann, Christopher Eccleston, David Tennant, and Matt Smith, who will soon step down for actor Peter Capaldi to take over. The mystery of where the character John Hurt is portraying in the 50th anniversary episode The Day of the Doctor, may alter this count.

Yet I was blissfully unaware of the series' past history when I first encountered the Doctor on a weekday afternoon, when a local NBC station was airing the half hour segments featuring the fourth Doctor Tom Baker and Leela, his travelling companion of the time, portrayed by actress Louise Jameson.
But for whatever reason(s), the station soon moved the show to the weekends, showing complete adventures after Saturday Night Live and Monty Python. After finishing their first encore (reruns), the station dropped the series entirely.
That might have been the end of it, except the local PBS station not only picked up the series, but backtracked to show what was available of Hartnell and Troughton's adventures (there is still a world wide search for the missing episodes featuring these actors), before continuing on to Pertwee before starting the Tom Baker adventures from the very beginning.
Thanks to PBS, I continued watching the show to the end of the Sylvester McCoy episodes.

Meanwhile, because of internal politics at the BBC, the show was first cancelled during Colin Baker's tenure because a studio executive thought the money used to produce the series could be better spent making game shows!
But loyal fans rallied to bring Doctor Who back, abet in a smaller format (less episodes in shorter seasons) until the end of the McCoy era.
Yet that wasn't the end of the story either. 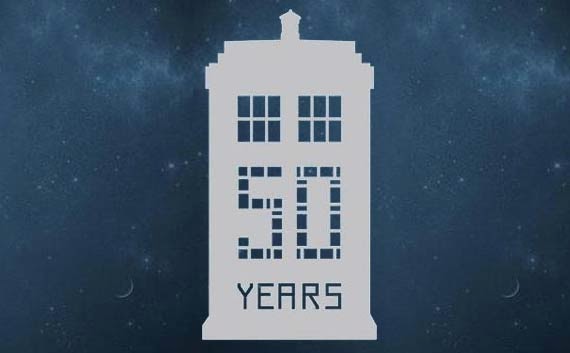 The series continued having loyal fans around the world and many factors, including the advent of the Internet to help people rally around the TARDIS better than they ever had before, eventually brought the Doctor back for a 1996 TV movie featuring Paul McGann, and returned (hopefully for good) the show to world wide broadcasts in 2005.
It has even had two spin-off series, The Sarah Jane Adventures (featuring one of the more popular traveling companions of years past) and Torchwood, an adventure series geared towards more mature audiences.

So here's to you Doctor, and while I will be surprised if I'm actually around for them (I'm 51 as I post this article), here's to your 75th, 100th, and future anniversaries.
Long may you continue to save the universe and entertain fans throughout the stars!

All images (c) BBC and acquired either through Google or Wikipedia.
Posted by Lee Houston, Junior at 6:37 PM