Hello Everybody! Waxy Dragon here!
Now, a lot of times in the morning and late afternoon when I'm flying to and from Dragon School, I see a lot of congested roads below me.
My teacher says this is a daily ritual motorists participate in called "Rush Hour", because everyone is in a hurry to get to or from work.
Of course, why this is called "Rush Hour" when the roads are so jammed packed that nothing is moving very fast is beyond me, but does present a nice set up for some car jokes. Ready? 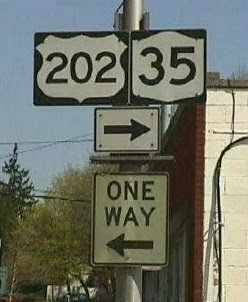 "How much gas do we have?" asked the passenger.
"The needle is pointing to one half. But I don't know if that means the tank is half-empty or half-full," replied the driver.

If no one can successfully refold a road map after it's been opened, how do the publishers manage to fold it
to begin with?

"How much gas does your tank hold?" one motorist asked the other.
"I don't know. I've never been able to afford a fill up." 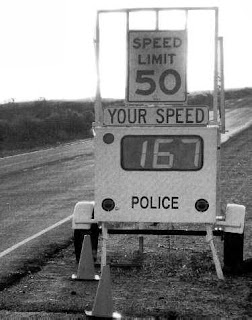 A cop pulled a driver over for speeding and said, "Do you know you were doing over sixty miles per hour?"
"Really?" asked the driver. "That's great! I just got my first driving lesson yesterday."

A child asked his mother, "What happens to used cars?"
"Some salesman tricks your Daddy into buying them because they're allegedly as good as new," she answered.

Why do people drive in a parkway and park in a driveway?

A tourist was lost in New York City and asked his cab driver "Do you know how to get to Carnegie Hall?"
"Practice," replied the driver.

And now, because I like you all so much, a couple of more funny pictures. 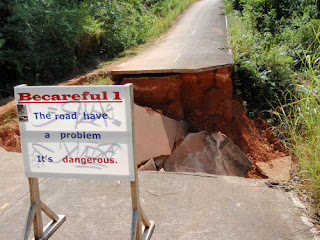 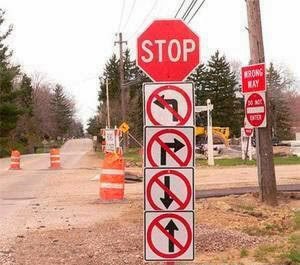 Okay everybody! Take care and please be back here next weekend for more Sunday Funnies!--wd.