01. Where did author H. G. Wells set his original novel, from which the drama was based?
02. What do the initials H. G. in the author's name actually stand for?
03. What was the name of the acting company, led by Orson Welles (no relation to the original author), that did the radio drama?
04. The radio drama reset the story to where?
05. How did this simple radio drama lead to "The Night That Panicked America"?
06. How were the Martians eventually defeated?

We'll reveal all next weekend. But for now, let us peek inside THE ANSWERS BOX, and reveal the results of that aforementioned Frankenstein quiz from the October 26, 2013 Puzzle Corner. 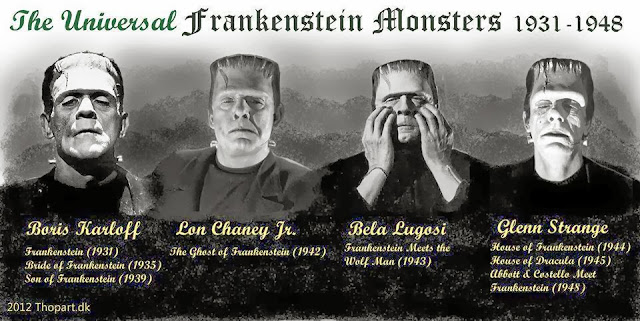 I believe Unknown meant LON Chaney Junior, but as I write this response, the comment cannot be verified. Can you please provide more information to confirm this?