Since this coming Monday is Veterans' Day, let us salute those who helped protect the freedoms of the world.

TRIVIA TIME
What branch of military service is known to some as "Mother Green"?

THE LETTER SHUFFLE
How many words can you make out of the letters in the word VETERANS?
Hint: There are a few more than you might think.

We'll reveal all next weekend.
But for now, let's peek inside THE ANSWERS BOX, and discover the results from the November 2, 2013 Puzzle Corner, where we quizzed you on the 75th anniversary of the historic War of the Worlds radio broadcast! 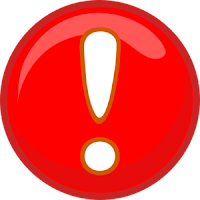 01. Where did author H. G. Wells set his original novel, from which the drama was based? Southern England, between Surrey and London.02. What do the initials H. G. in the author's name actually stand for? Herbert George03. What was the name of the acting company, led by Orson Welles (no relation to the original author), that did the radio drama? The Mercury Theatre ON the Air, although most people think it's OF.04. The radio drama reset the story to where? Grover's Mill, New Jersey05. How did this simple radio drama lead to"The Night That Panicked America"? Between the news drama format and a lot of people tuning in after the program started, thus missing the disclaimer at the beginning that it was a work of fiction. Although there are reports that other listeners thought it was the Germans/Axis attacking American shores, since the planet was on the verge of World War 2.06. How were the Martians eventually defeated? The same way they were defeated in the original novel. The Martians had no defense against Earth germs!

If you would like to hear that historic broadcast for yourself, you can listen to an MP3 of it and all the Mercury Theatre on the Air's productions here: