TODAY IS NATIONAL DAY IN SERBIA.

*The Winter Olympics are under way in Sochi, Russia. For those keeping track, as of earlier today (February 15), the medal leaders were Germany, Switzerland, and Russia.
*Canada has allegedly been dumping its garbage in the Philippines!
*Yemen plans to realign the country into a federation of 6 regions.
*The People's Republic of China and The Republic of China (Taiwan) have started formal meetings after a 65 year hiatus.
*Yoichi Masuzoe is the new Governor-elect of Tokyo, Japan.
*Tammam Salam is the new Prime Minister of Lebanon.
*The United States Federal Government officially recognizes same-gender marriages in legal matters, but it is up to the individual states to allow those unions.
*Scientists at Australian National University believe they have discovered the oldest known star, estimated at 13.6 BILLION years of age.
*Pending the results of an anti-trust investigation, Comcast hopes to purchase Time-Warner Cable.
*Civil unrest continues in Iran, Iraq, Syria, Pakistan, and Afghanistan.

PASSING PARADE
Unfortunately, we have lost some notable folks this past week... 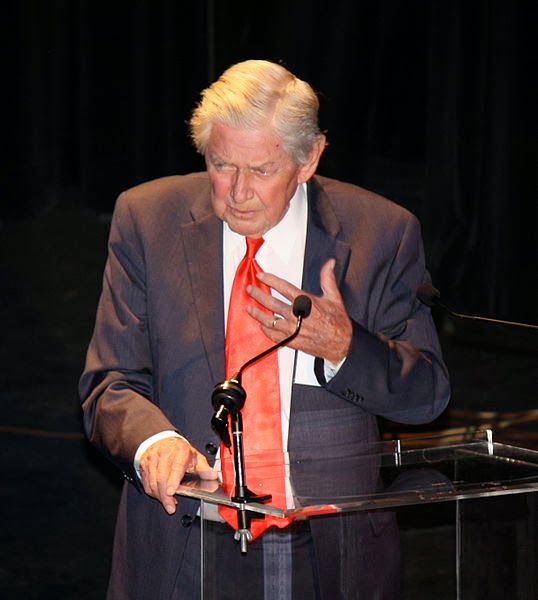 *Ralph Waite: actor perhaps best known for his role on The Waltons

FOR THE THIRTIETH STRAIGHT MONTH, OUR READERSHIP HAS GIVEN THE FREE CHOICE E-ZINE OVER 1000+ PAGE VIEWS!

For more news at any time, either scroll down to our IN OTHER NEWS feature at the bottom of your screen or visit any other reputable news source.
Posted by Lee Houston, Junior at 6:41 PM

Email ThisBlogThis!Share to TwitterShare to FacebookShare to Pinterest
Labels: 2014, 30 straight months of 1000+ page views, February 9-15, news, The Week In Review