From the moment the Saturn V rocket blasted off from Launch Pad 39A at the (John F.) Kennedy Space Center in Merritt Island, Florida; until Astronaut Neil Armstrong was filmed by one of the lunar module's exterior cameras taking that first tentative step on the moon's surface, the world figuratively held its collective breath wondering if this attempt would be successful.


Could (hu)man set foot on the moon?

Everyone knows the answer, as astronauts Neil Armstrong, Edwin "Buzz" Aldrin, and Michael Collins made that extraordinary journey as the first beings to leave their home and explore another world.


Much has been said about the success and failures of not only the American space program, but those of other countries as well in the years since.

The day that humanity reaches for the stars again through a means that does not involve the various entertainment media or automated probes is one many look forward to.

Hopefully that will happen again, if not within my lifetime, at least within the next couple of generations.


When it does, let us remember two things.

First, that the achievement should not be that of any individual countries, but that of an entire species. As Neil Armstrong said upon taking that historic first step:

THAT'S ONE SMALL STEP FOR (A) MAN.
ONE GIANT LEAP FOR MANKIND.

And secondly, when humanity does travel amongst the stars beyond the orbit of our own world once more, we go not only representing the entire planet, but we go in peace. 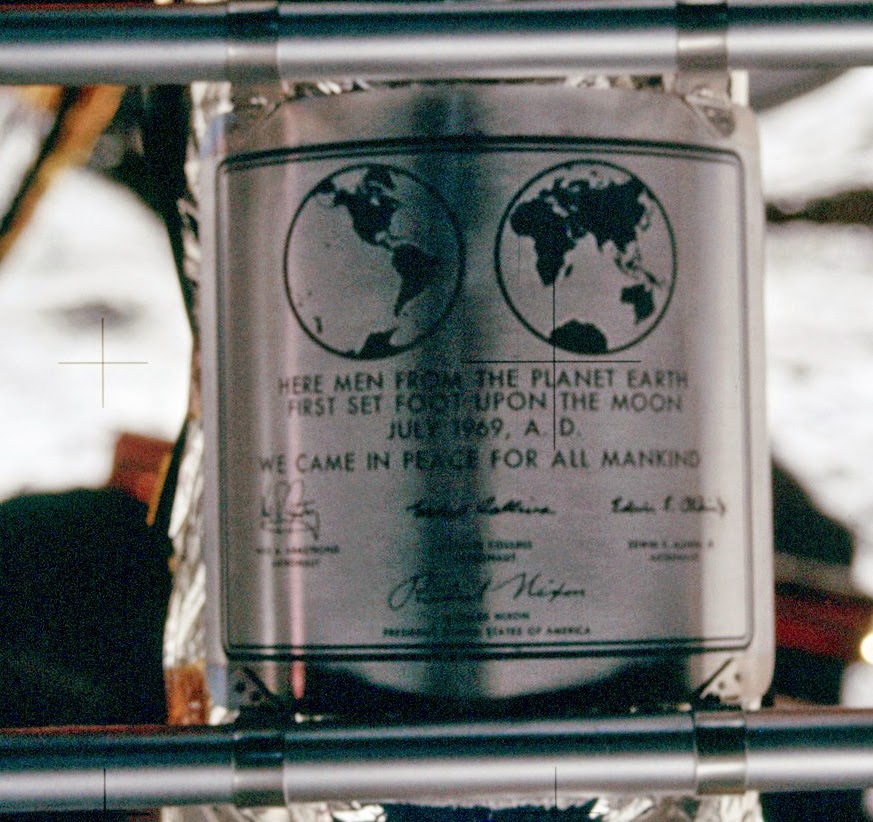