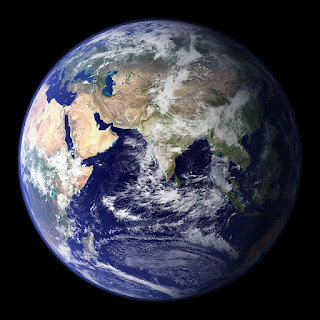 *Pope Francis has had a busy week between visiting Cuba and the United States.
*Xi Jinping, President of the People's Republic of China, is visiting the United States on his first diplomatic mission, meeting with technology leaders on the west coast.
*A stampede during the Hajj pilgrimage near Mecca has left over 750 dead and 900+ wounded. Reason(s) as to why the stampede took place have yet to be discovered.
*Volkswagen CEO Martin Winterkorn has resigned over the scandal that the car manufacturer has tampered with diesel emission readings.
*Following the failure of its attempted coup in Burkina Faso, the Regiment of Presidential Security has been officially disbanded.
*Nepal has officially began governing under a new constitution.
*Many parts of the world will get to witness a lunar eclipse during the "super" moon Sunday, September 27th.

TERRIBLE TERRORIST ACTIVITIES....
*Several European countries are still reporting influx of refugees from the Middle East, a long term result of continuing terrorist activities and other fighting there. Meanwhile, Croatia has reopened its border with Serbia.
*There are confirmed reports of Boko Haram forces attacking the Nigerian city of Maiduguri.
*Iraq reports that Iran, Russia, and Syria are officially helping with that country's battle(s) against ISIS/ISIL forces.

PASSING PARADE...
*Playwright and actor Jack Larson, best remembered as Jimmy Olsen on The Adventures of Superman, has taken his last bow on life's stage.
*Legendary baseball player Yogi Berra is no longer with us.
*Famed romance novelist Jackie Collins has passed away.

*During his visit to the United States, Pope Francis formally addressed Congress, the first Pope to ever do so. He spoke on many important issues facing both individual nations and the world, but whether or not his words will be heeded remains to be seen.
*Republican John Boehner has officially announced his resignation as both a member of Congress and Speaker of the House, effective the end of October. Pundits and Analysts are left wondering about the future of Congress, depending upon who replaces him as Speaker.
*Scott Walker, known to some in Wisconsin as the Governor who hates the working class, has officially dropped out of the 2016 Republican Presidential Nomination race. Former Texas Governor Rick Perry's campaign is still just officially suspended.
*The saga of the Kentucky clerk who would not issue marriage licenses to anyone so same gender couples couldn't get married isn't over yet! She may face possible jail time again for removing her name from the certificates, in violation of Federal law. Meanwhile, she has officially joined the Republican Party, although many already thought she was a member!
ELSEWHERE...

*A rash of shootings in Chicago, Illinois has left at least 8 dead and over 40 wounded.
*After buying the manufacturer and raising the price of the drug Daraprim (to treat toxoplasmosis during food born illnesses) from $13.50 a pill to $750 a pill, the original owners have regained control of the company, but have only lowered the price to $35 a pill. Federal authorities are investigating.
*16 year old Olivia Hallisey has won the 2015 Google Science Fair developing a quicker/cheaper way to test for the presence of the Ebola Virus in potential victims.
*DC Entertainment has decided to right a decades old wrong by finally giving Bill Finger his much deserved credit as the co-creator of Batman and related characters. HOWEVER... this will only be in other media, NOT THE COMICS! Because DC Comics arrangement with his estate to give Bob Kane sole credit for creating the character still stands, although many people realize this is not the case.
*A Federal judge has officially ruled that the song "Happy Birthday To You" has fallen into public domain, meaning no one can collect royalties from its use.
*During the 67th annual Prime Time Emmy Awards, Game of Thrones has won Outstanding Drama series with Peter Dinklage as Outstanding Dramatic Supporting Actor. Veep won Outstanding Comedy Series, Outstanding Lead Comedy Actress for Julia Louis-Dreyfus and Tony Hale for Outstanding Supporting Comedy Actor. The Daily Show with Jon Stewart was declared Outstanding Talk/Variety Show.
*A Seattle school had the casual dress theme of "Blue Friday", but one teacher wouldn't let a student wear a blue outfit supporting the Denver Broncos when she thought the blue should have been for the Seattle Seahawks. Meanwhile,

a teacher in Oklahoma told one of her students that being left handed is evil and a sign of the devil!
An investigation has since begun into the situation.

For more news at any time, either scroll down to our IN OTHER NEWS feature at the bottom of your screen or visit any other reputable news source.
Posted by Lee Houston, Junior at 9:52 PM

Email ThisBlogThis!Share to TwitterShare to FacebookShare to Pinterest
Labels: 2015, news, September 20-26, The Week In Review