NOVEMBER 5 IS GUY FAWKES DAY.
OVERNIGHT, DAYLIGHT SAVINGS TIME ENDS FOR THOSE OBSERVING IN USA.
NOVEMBER 6 IS CONSTITUTION DAY IN THE DOMINICAN REPUBLIC.
AMERICA VOTES ON ITS NEXT PRESIDENT NOVEMBER 8.
VETERANS DAY IN THE UNITED STATES IS NOVEMBER 11.
NOVEMBER 12 MARKS THE 70TH ANNIVERSARY
OF DISNEY'S SONG OF THE SOUTH.

*Yazidi human rights activists Nadia Murad and Lamiya Aji Bashar share the 2016 Sakharov Prize for Freedom of Thought to recognize their efforts in attempting to restore human rights to ISIL terrorist victims.
*How tough is it to be a woman in North Korea???
*Canada and the European Union have signed the Comprehensive Economic and Trade Agreement.
*England's High (Supreme) Court has ruled Great Britain cannot officially start the process to leave the European Union until Parliament has voted on the matter first, and if they say "no"...
*The US State Department is currently blocking the sale of firearms to the Philippines because of human rights issues, since Philippine President Rodrigo Duterte is still encouraging civilians to kill even suspected drug users, dealers, and manufacturers whenever possible.
*What is the mysterious pinging noise the Canadian Military is hearing in the Arctic???
*What is the meteorite NASA's rover has found on Mars???

*Has the mystery of Saturn's rings been solved???

*While some still question Hillary Clinton's e-mails during her time as Secretary of State, it has been proven that Donald Trump businesses have been destroying documents, regardless of current court cases or subpoenas, for decades! 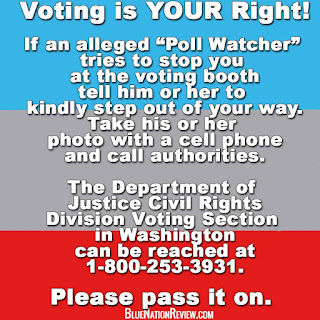 *Trump's Presidential campaign and other co-defendants are being sued in Ohio, Pennsylvania, Nevada, and Arizona on accusations of voter intimidation. (There are 2 separate links in that item.)
*Arkansas election officials claim it was a mistake, but Democratic Presidential nominee Hillary Clinton's first name is misspelled to include a slur her opponent has been using throughout the entire campaign.
*Meanwhile, North Carolina MUST restore missing voters from the registrar BEFORE November 8th!
MEANWHILE...
*Did the National Enquirer "kill" a story about Donald Trump (allegedly) having an affair with a Playboy model while being married to Melania?
*The US State Department is currently blocking the sale of firearms to the Philippines because of human rights issues, since Philippine President Rodrigo Duterte is still encouraging civilians to kill even suspected drug users, dealers, and manufacturers whenever possible.
*Does Paul Ryan plan to step down as Speaker of the House if Republicans don't have a major win Election Day???
ELSEWHERE...
*The Chicago Cubs defeated the Cleveland Indians to win the 2016 World Series of Major League Baseball, their first victory in the Fall Classic since 1908!
*The Simpsons have been renewed by FOX through the end of their 30th season in 2019. Even if the contract is not extended again, that will make the show the longest running scripted series with an estimated 669 episodes upon full completion, which would break previous record holder's Gunsmoke 635 TV episodes, not counting the western's time as a radio drama.
*General Electric and Baker Hughes want to merge their respective oil and gas businesses.

THE FREE CHOICE E-ZINE WOULD LIKE TO THANK ITS LOYAL READERSHIP FOR GIVING US 1751 PAGE VIEWS DURING THE MONTH OF OCTOBER.

For more news at any time, either scroll down to our ELSEWHERE feature at the bottom of your screen or visit any other reputable news source.
Posted by Lee Houston, Junior at 9:53 PM

Email ThisBlogThis!Share to TwitterShare to FacebookShare to Pinterest
Labels: 2016, news, October 30-November 5, The Week In Review