*Wikileaks has released what it claims to be thousands of CIA documents, including what is supposed to be the Central Intelligence Agency’s hacking codes. Yet the agency allegedly knew about the leaks since 2016. (There are 2 separate links in this item.)
*North Korea has conducted more “missile tests” with 3 landing in the Japanese Exclusive Economic Zone, before announcing that the North is ready to attack US military targets at a moment’s notice, while the United States begins deploying the Terminal High Altitude Area Defense in South Korea with our ally’s permission.
*Did Iran recently conduct their own missile tests too???
*Park Geun-hye has been removed as President of South Korea. Hwang Kyo-ahn is now Acting President.
*To celebrate International Women’s Day, women went on “strike” to show how things would be without them.
*On behalf of the Vatican, Pope Francis donated 100,000 euros to the poor of Aleppo.
*The United Nations reports that the world is experiencing the worst humanitarian crisis since World War 2, with 4 countries facing a severe food shortage.
*Donald Tusk has been re-elected President of the European Council.
*Gawker.com is closing.
*Is General Motors pulling out of Europe after all???
*How often do United Parcel Service drivers actually make left turns???
*Sadly, the natural limestone arch known as the Azure Window collapsed during a storm and is no more.

*North Korea has conducted more “missile tests” with 3 landing in the Japanese Exclusive Economic Zone, before announcing that the North is ready to attack US military targets at a moment’s notice, while the United States begins deploying the Terminal High Altitude Area Defense in South Korea with our ally’s permission.
*President Trump has revised his immigration reform executive order, removing Iraq from the list while reducing the freeze on Syrian refugees to 120 days, starting March 16th. What will the reaction be to this version???
*Meanwhile, the H-1B Tech Visa has been suspended.
*Former Republican Presidential hopeful Ben Carson, who allegedly believes slaves were actually just immigrants, is now President Trump’s new director of Housing and Urban Development.
*You can imagine how relations are now between Donald Trump and Barack Obama since the President accused him of wiretapping. But does Trump have any proof of his allegations??? Especially since his "source" is allegedly a story in Breibart??? (There are 4 separate links in this item.)
*Did a Trump adviser have contact with Russia???
THE “ISSUE” OF REPEALING/REPLACING THE AFFORDABLE HEALTH CARE ACT… 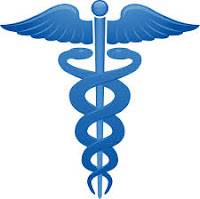 *Among the points of the GOP’s new plan to replace “Obama Care”: lower taxes for the rich while reducing coverage for senior citizens and the poor; giving money back to insurance companies; mental health care would no longer be covered; to completely defund Planned Parenthood and give women less access to reproductive care; cut the Center for Disease Control's budget by a projected $1 BILLION dollars, and totally ignoring opioid addiction while eliminating support for counseling and rehabilitation.
*Did Kansas Republican Representative Roger Marshall really claim that the poor don't want health care???
*But will budget rules save Obama Care after all???

MEANWHILE...
*US Attorney General Jeff Sessions requested the resignations of the Barack Obama appointed chief federal prosecutors, including US Attorney for the Southern District of New York Preet Bharara, who was previously told to stay on by then President-elect Donald Trump in November 2016. When Bharara refused to resign, HE WAS FIRED! (There are 2 separate links in this item.)
*Congress has mandated NASA to initiate a manned mission to Mars by 2033.
*Federal judges have ruled that Texas Republicans DID gerrymander voting districts before the 2016 Presidential election!
*So is the Justice Department investigating President Trump or not??? Or might Trump be investigated over other foreign business matters??? (There are 2 separate links in this item.)
*With every thing the Trump administration has in the news, what's going on BEHIND the scenes???
*What does Donald Trump think of daughter Ivanka's new endeavor???
ELSEWHERE…

*Wikileaks has released what it claims to be thousands of CIA documents, including what is allegedly the Central Intelligence Agency’s hacking codes. Yet the agency allegedly knew about the leaks since 2016. (There are 2 separate links in this item.)
*Texas now has its own "bathroom bill". Although the Supreme Court will not be weighing in on trans-gender rights for the time being. (There are 2 separate links in this item.)
*There is proof as to who actually had the bigger Presidential Inauguration crowd.
*Radio Shack has filed for Chapter 11 Bankruptcy protection again.
*For those interested, David Letterman's opinion on the Trump administration.
*How much longer will Alec Baldwin portray Trump on Saturday Night Live???

*Former California Mayor Anthony Silva might be in legal trouble again.
*For those participating in Daylight Savings Time, set your clocks ahead one hour tonight.

For more news at any time, either scroll down to our ELSEWHERE feature at the bottom of your screen or visit any other reputable news source.
Posted by Lee Houston, Junior at 11:58 PM

Email ThisBlogThis!Share to TwitterShare to FacebookShare to Pinterest
Labels: 2017, March 5-11, news, The Week In Review