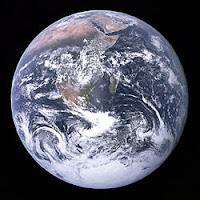 *Venezuelan President Nicolas Maduro has banned several opposition parties from running against his re-election in 2018.
*Martial law in the Philippines will legally continue until the end of 2018.
*Political actions DO have consequences!
*After much discussion, preparations for Great Britain's departure from the European Union continues.
*Although many will deny the existence of Climate Change, the Arctic Ice continues to melt.

THE TERRORIST REPORT…
*Iraq Prime Minister Haider al-Abadi has announced ISIL forces are defeated in his country after losing their last illegally captured territory.
*The Free Choice E-zine does not support terrorism, no matter what the “cause” or alleged “justification”. Thus we will only be posting news items in this section whenever terrorists are brought to justice.

*Despite Republican efforts to curtail it, the annual open enrollment period for the Affordable Care Act, aka “Obama Care” has been deemed a success by those actually working towards getting more Americans health insurance.
*Yet what they can't get rid of, the Trump Administration keeps trying to change.
*With Michael Flynn cooperating with the Mueller investigation into Russia’s possible interference in the 2016 Presidential campaign, does that mean Vice President Mike Pence might be in trouble too???
*Political actions DO have consequences!
*What goes up, must come down.
MEANWHILE…

*Democrat Doug Jones has defeated controversial Republican candidate Roy Moore in the Alabama election for that state’s vacant Senate position.
*Could Senator Paul Ryan be planning to retire after the 2018 mid-term elections???
*Why some of President Trump’s judicial nominations are NOT being considered.
*Minnesota’s Lieutenant Governor Tina Smith will be replacing resigning Senator Al Franken. No word on who will take over Smith’s former duties as this was posted.
*Trump nominee Michael Duorson has withdrawn his name from consideration as assistant administrator of the Environmental Protection Agency.
ELSEWHERE…

*Although FCC Chairman Ajit Pi has achieved the end of “Net Neutrality” (for now), the legal battles over this loom.
*The Department of Education is being sued for not providing financial relief for students defrauded by “for profit schools”.
*Already owning ABC, ESPN, and other networks; Disney is poised to buy an interest in FOX! Pending approval by the Justice Department, of course.
*What else will The Simpsons actually get RIGHT???
*AIM instant messaging is no longer available on AOL.

For more news at any time, either scroll down to our IN OTHER NEWS feature at the bottom of your screen or visit any other reputable news source.
Posted by Lee Houston, Junior at 2:28 PM

Email ThisBlogThis!Share to TwitterShare to FacebookShare to Pinterest
Labels: 2017, December 10-16, news, The Week In Review