*SWINE Ebola???
*What will American President Donald Trump’s response to the Venezuelan Crisis be??? (There are 3/THREE separate links in this item.)
*So what did Russian President Vladimir Putin and Trump recently talk about???
*North Korea has conducted another missile test.
*Japan will soon have a new Emperor.
*Britain has declared a climate change emergency. Sort of.
*WikiLeakes founder Julian Assange has been sentenced to 50 weeks in jail for bail jumping. Trial(s) for other charges are still pending.
*Insys Therapeutics founder John Kapoor has been found guilty of racketeering during an opioid based bribery scheme.
*Avengers: Endgame had the biggest global opening weekend in movie history (to date).
*What is the “face” on Mars???

*Are you ready for the UNHAPPY Meal???

😢PASSING PARADE…
*The innocent victim in the senseless attack on a California Synagogue April 27.
*The innocent victims at the University of North Carolina-Charlotte shooting April 30.
*Producer/director John Singleton (Boyz n the Hood, 2 Fast 2 Furious) has passed away.
*Actor Peter Mayhew (Chewbacca in the Star Wars franchise) has taken his last bow on life’s stage.
*Animator Chris Reccardi (Samurai Jack, Powerpuff Girls, Ren and Stimpy) is no longer with us.

*President Trump declared the lack of a border wall a “national emergency”. There have since been legal and legislative battles initiated over this.
*Trump wants to charge asylum seekers a “fee”???
NOTE: While we are doing our best to provide coverage, the above is a serious, ongoing issue. Especially since no one has yet to discuss the costs of separating families and who is truly responsible for the deaths of FOUR detainees (to date), let alone if anyone might actually be making a profit from this situation.
POLITICALLY…
*What will President Trump’s response to the Venezuelan Crisis be??? (There are 3/THREE separate links in this item.)
*So what did Russian President Vladimir Putin and Trump recently talk about??? But did Trump risk national security by doing so??? (There are 2/TWO separate links in this item.)

*Sorry Ohio. NO gerrymandering!
*Remember folks, bigotry IS illegal!
*Baltimore Mayor Catherine Pugh has resigned.
*The Anti-Vaxxers are rallying around... The Brady Brunch???
*They say the truth hurts, but who should feel the pain???
*WHO should have gotten the honor???
*Well, that’s one way to go stag.
*Disney had to sell the Fox Sports Networks because they already own ESPN.
😀AND FINALLY, SOME GOOD NEWS…
*May 4, Star Wars Day (May the Fourth/Force be with you) is now an actual holiday!
In California. 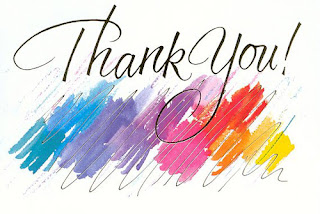 THE FREE CHOICE E-ZINE WOULD LIKE TO THANK ITS LOYAL READERSHIP FOR GRANTING US 2,458 PAGE VIEWS IN APRIL 2019.

Although our IN OTHER NEWS feature at the bottom of your screen was suspended when Blogger updated its gadgets, we have ADDED a new TRANSLATE feature in the upper right hand corner!
Posted by Lee Houston, Junior at 4:24 PM

Email ThisBlogThis!Share to TwitterShare to FacebookShare to Pinterest
Labels: 2019, April 28-May 4, news, The Week In Review