MAY IS BREAST CANCER AWARENESS MONTH.
MAY 23 IS RED NOSE DAY, RAISING MONEY FOR CHILDREN’S CHARITIES.
MAY 12 IS MOTHERS DAY.
MAY 18 IS ARMED FORCES DAY.

AMONGST EVENTS AROUND THE W🌏RLD THIS PAST WEEK… 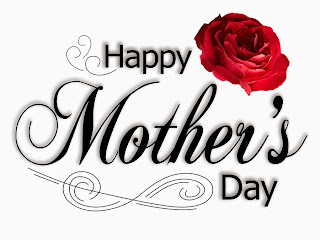 *IT’S A BOY!(There are 2/TWO separate links in this item.)
*The China-US Trade Conflict has escalated, and apparently American President Donald Trump didn’t help matters any in the Global Market. (There are 2/TWO separate links in this item.)
*Trump did raise tariffs again after failing to reach a new trade agreement.
*2019 marks the 20th anniversary (story wise) of the Super Dimensional Space Fortress crashing to Earth that was the catalyst for events in the Macross saga as part of the overall Robotech anime.

WITHIN THE UNITED STATES OF AMERICA…
THE BORDER WALL-KIDS-IMMIGRATION ISSUES…
*President Trump declared the lack of a border wall a “national emergency”. There have since been legal and legislative battles initiated over this.
*WHERE are all the "detainees" going???
NOTE: While we are doing our best to provide coverage, the above is a serious, ongoing issue. Especially since no one has yet to discuss the costs of separating families and who is truly responsible for the deaths of FOUR detainees (to date), let alone if anyone might actually be making a profit from this situation.
TARIFF TALK…
*The China-US Trade Conflict has escalated, and apparently President Trump didn’t help matters any in the Global Market. (There are 2/TWO separate links in this item.)
*Trump did raise tariffs again after failing to reach a new trade agreement.
POLITICALLY…

*Sorry Congress. NO Trump tax returns! You can still try, but he will interfere with your business in the meantime. (There are 3/THREE separate links in this item.)
*Equal pay isn’t the “white” thing to do???
*Congress has found Attorney General William Barr in contempt.
*The House of Representatives will NOT let President Trump change the Affordable Care Act (aka Obama Care).
ELSEWHERE…

*What does the NRA have against mothers???
*There’s a heartbeat? NO abortion!
*Fox News exposes its own faults???
*Will logging be allowed in the Tongass National Forest???
*Why did the New Orleans Times-Picayune fire EVERYBODY???
*Maine has joined those who do not believe in "conversion therapy".
*Major League Baseball does NOT support racial bigotry and hatred!
*“Country House” was officially declared the winner of the 🏇2019 Kentucky Derby after “Maximum Security” was disqualified. But why is Donald Trump upset over this??? (There are 2/TWO separate links in this item.)
😀AND FINALLY, SOME GOOD NEWS…
*When it does happen, isn’t love💑 at first sight wonderful???

Although our IN OTHER NEWS feature at the bottom of your screen was suspended when Blogger updated its gadgets, we have ADDED a new TRANSLATE feature in the upper right hand corner!
Posted by Lee Houston, Junior at 6:59 PM

Email ThisBlogThis!Share to TwitterShare to FacebookShare to Pinterest
Labels: 2019, May 5-11, news, The Week In Review