The following is an editorial.
There is no denying how remarkable Ruth Bader Ginsburg (1933-2020) was both on and off a judicial bench. She was a great woman who will be sorely missed.
Yet while no one will ever be able to replace the person, her absence has created a now highly contested vacancy upon the Supreme Court.
Let's look at the facts.
FACT ONE 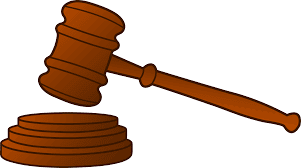 Article II, Section 2, Clause 2 of the United States Constitution, known as the Appointments Clause, does empower the president of this country to nominate and, with the confirmation (advice and consent) of the Senate, to appoint public officials, including justices of the Supreme Court.
FACT TWO
Neither the Republicans nor the Democrats can seem to agree on when this should be done, let alone by who.
CASE IN POINT...
When Supreme Court Justice Antonin Scalia passed away in 2016, then President Barack Obama was prepared to nominate a replacement under that article of law.
HOWEVER....
Mitch McConnell, leading a Republican majority in the Senate, said the "next" President of the United States should have the authority and honor of doing so, despite the fact that we were then still months away from the November 2016 election, let alone the end of Obama's last term of office in January 2017.
This is how "President" Donald Trump got Neil Gorsuch on the bench to replace Scalia.
TODAY...
Citing the same Article in FACT ONE, McConnell, Trump, and other Republicans are rushing to fill Ginsburg's position, despite the fact that her funeral isn't even officially being held until the end of September!
MEANWHILE...
The Democrats are saying that, to honor Ginsburg's dying wish, the potential nominee shouldn't even be named until after whoever wins the November 3 election (Trump or fellow Democrat Joe Biden) is sworn in next January.
YOU CAN'T HAVE IT BOTH WAYS FOLKS!
Granted Obama was unjustly cheated, even to the point of the Republicans breaking the law by keeping him from officially naming an appointee, let alone the Senate refused to even consider his potential candidate for the Supreme Court.
WHY ALL THE FUSS?
Even if Trump loses the November election and Joe Biden replaces him come January 2021, that would give the Republican Party potential influence over the Supreme Court and their decisions for years to come having 3 judges on the bench, counting Trump replacing Ginsburg.
Many Americans (including me) are deathly afraid of this happening, especially because within the coming months the Court is scheduled to hear cases concerning the Affordable Health Care Act (something that should NOT be messed with during a pandemic!), Roe versus Wade/women's rights, various Equality issues and scores of other topics whose judgements/decisions will affect this country for years, if not decades to come.
Depending upon the results, it might even come down to the Supreme Court having the final say in who wins the 2020 Presidential Election!
Akin to the George W. Bush versus Al Gore situation of 2000.
SO WHAT'S THE ANSWER?
THE POLITE SOLUTION would be to at least wait until after Ginsburg's funeral and a respectable mourning period ends before starting the entire debate, but it's too late for that.
THE FAIREST SOLUTION would be for the Republicans to admit they were wrong (as if that will ever happen!) and let Obama have a "make up pick". I'd be all for this, especially if Obama chooses another lady to replace Ginsburg, which is the only thing Trump has said during all of this mess that I actually agree with.
Of course the Senate could turn around and repeat 2016 by not even considering Obama's "make up pick"/nominee, like they did in regards to Merrick Garland not replacing Scalia.
And obviously if Trump somehow manages to win re-election in November, with or without Russia's help as the CIA is currently investigating, all of the above would be for naught.
BUT THE ABSOLUTELY BEST SOLUTION would be to somehow keep politics completely out of all levels of the judicial system, yet I freely admit I have absolutely no idea how one could ever hope to accomplish such a major endeavor!
Lee Houston, Junior
Editor-In-Chief, The Free Choice E-zine
23 September, 2020
The above was an editorial.
Posted by Lee Houston, Junior at 3:51 PM