😎FUN FACT
THIS IS OUR 2400TH POST!🥳🎉
AKA, ALSO KNOWN AS
It’s been in the news so much, what does PPE stand for?
FAMOUS FIRSTS🥇
Who was the first actress to ever win THREE consecutive Emmy Awards?
We’ll reveal all next weekend but for now, let’s open up THE ANSWERS BOX📦 and discover the results from the August 29, 2020 Puzzle Corner. 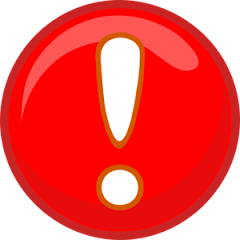 NUMBER PLEASE
Get ready! We ask the question, but the answer is just a number.
As I was going to Saint Ives, I met a man👫👭👭👭 with seven wives.
Each wife had seven sacks.
Each sack had seven cats.😺😺😺😺😺😺😺
Each cat had seven kittens.
Kits, cats, sacks, and wives.
How many were COMING from Saint Ives?
8. I met a man with seven wives. 1 + 7 = 8, although how/why the man had so many wives is beyond us.
Now if you’re counting felines too, then add 343 cats and 2,401 kittens.
TRIVIA TIME⌚
What famous character lives at 1770 James Street?
Schroeder from Peanuts.
Posted by Lee Houston, Junior at 12:00 AM