*The race for a COVID-19 vaccine continues.
*Apparently the United States (Donald Trump?) doesn’t believe in the “prosecution, rehabilitation, and reintegration of terrorists.
*The existence of a “new” exoplanet has been confirmed. 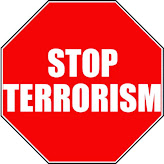 *Are UFOs back in fashion???
THE TERRORIST REPORT…
*The Free Choice E-zine does not support terrorism, no matter what the “cause” or alleged “justification”. Thus we will only be posting news items in this section whenever terrorists are brought to justice.
THE CLIMATE CHANGE CHRONICLES…🌐
*With everything else going on, you do remember that the Amazon rain forest is still burning???
*Wildfires have taken their toll in the Arctic Circle.
*The United Nations supports Green Energy.
😢PASSING PARADE…
*Former professional basketball🏀 player and coach John Thompson has passed away.
*Voice actor Norm Spencer (credits too numerous to mention) is no longer with us.
*Disc Jockey/movie producer Erick Morillo has passed away.
*Professional baseball⚾ Hall of Fame member Tom Seaver is no longer with us.
*Disney artist/designer Sue Nichols Maciorowski (various Disney movies) has passed away.
*Comic book/animation artist Jim Janes (Legion of Superheroes, Teenage Mutant Ninja Turtles) is no longer with us.
WITHIN THE UNITED STATES OF AMERICA… 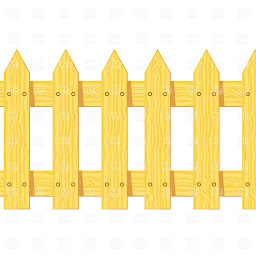 THE BORDER WALL-KIDS-IMMIGRATION ISSUES…
*With families being separated upon apprehension, President Trump declared the lack of a border wall a “national emergency”. There have since been legal and legislative battles initiated over this. But what about the health/safety of all the “detainees”???
*Was some of the missing “wall money” used to buy a boat???
NOTE: While we are doing our best to provide coverage, the above is a serious, ongoing issue. Especially since no one has yet to discuss the costs of separating families and who is truly responsible for the deaths of FOUR “detainees” (known to date), let alone if anyone might actually be making a profit from this situation.
THE 2020 PRESIDENTIAL ELECTION…🗹

*What happened to the Trump Administration’s promise to fight extremism???
*Will the state of New York EVER get to examine Trump’s tax returns???
*Is Trump using campaign funds to cover his legal expenses???
*Attorney General William Barr’s latest surveillance orders has a loop hole.
*Barr’s thoughts on current events, and what might he be planning in an attempt to help Trump win re-election??? (There are 2/TWO separate links in this item.)
*With or without Barr’s help, can Trump cut Federal funding to pro-Democrat cities??? (There are 2/TWO separate links in this item.)
*Trump’s thoughts on dead soldiers are…??? (There are 2/TWO separate links in this item.)
*A Federal Court has ruled against Trump versus Planned Parenthood.
*“Pregnancy is not life threatening.”—Ted Cruz.
*No more Stars and Stripes for the military??? Trump weighs in.
SOCIAL (IN)JUSTICE… (originally just George Floyd news) 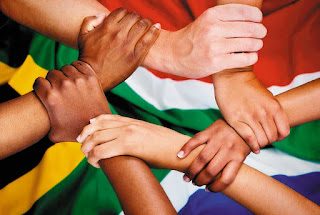 *Congress is in recess until after Labor Day.
ELSEWHERE…
*The Amazon Drone Delivery fleet will soon be flying in the US.
*September 8 marks the 455th anniversary of Spain establishing their first settlement in what is now Saint Augustine, Florida.
*September 9 marks the 170th anniversary of California joining the United States of America.
😀AND FINALLY, SOME GOOD NEWS…
*Guess who’s now a Jeopardy! Employee???
*This is The Free Choice E-zine's 2401 Blog Entry!

THE FREE CHOICE E-ZINE WOULD LIKE TO THANK ITS LOYAL READERSHIP FOR GRANTING US 5,316 PAGE VIEWS IN AUGUST 2020.
Posted by Lee Houston, Junior at 12:31 AM

Email ThisBlogThis!Share to TwitterShare to FacebookShare to Pinterest
Labels: 2020, August 30-September 5, news, The Week In Review