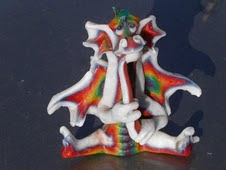 It's open mike time here at The Free Choice E-zine. So just kick back, relax, and enjoy the jokes.

The Census worker asked Mrs. Jones her age.
Mrs. Jones asked, "Have you talked to Mrs Hill yet?"
"She's next."
"Oh, all right. I'm the same age as Mrs Hill."
The census worker wrote on the form, "Mrs Jones: as old as the hills."

I forgot to tell this one back at the beginning of the month, but that's never stopped me from telling a joke before. Did you know that the day before Cinco de Mayo was International Star Wars Day? May the Fourth be with you!

People may complain about the economy, but it's always the same. Any pay raise is just large enough to increase your taxes and small enough to have no effect on your take-home pay.

But do you really think money really can't buy happiness or are some people just unhappy that they don't have the money to find out for sure?

I think I have finally figured out why circuses have people riding a bicycle on a tightrope. It's nice for the audience to see someone ride somewhere safely with no traffic!

If anyone ever opens a business on the moon, how do you think it would fare? I'm not sure a restaurant would be successful up there. After all, what would you do for ambiance? There's no atmosphere.

And remember: if anyone asks, Mr. Bigger's son is bigger than Mr. Bigger himself because after all, the kid is a little bigger!

Okay everyone. Unfortunately I'm out of room, so we'll see you next weekend for more Sunday Funnies!
wd.
Posted by Lee Houston, Junior at 10:43 PM

Email ThisBlogThis!Share to TwitterShare to FacebookShare to Pinterest
Labels: Funnies: May 23