Pro Se Productions, in partnership with BrokenSea Audio, have produced the first ever Pro Se Press Audio Magazines!
The original first three releases are now available as MP3 downloads, with CDs available at convention appearances starting in 2012.
All are produced by Cliff Barnes with music by Kevin McLeod.

FANTASY AND FEAR #1
READ BY FIONA THRAILLE
Stories include:
TALES OF MYTHAS: "Murder in the Ghetto of Trentonium" by Don Thomas
THE SONG OF HEROES: "Loris Lament" by Nancy A. Hansen, whose first novel will be published by Pro Se SOON!
"The Man of My Dreams" by C. William Russette
"Beast of the Mountain" by Ron Fortier
"The Tunnels of Lao Fang" by James Palmer
THE BROTHERS JADE: "Book One" by The Brothers Thomas
and "The Way of The World" by yours truly.

MASKED GUN MYSTERY #1
READ BY H. KEITH LYONS
Stories include:
"The Things He Leaves Behind" by Aric Mitchell
ALOHA MCCOY: "Hello New Life, Hello Old" by Ken Janssens
"The Day He Found The Clown" by Aaron Smith
"Murphy's Wake" by Tommy Hancock, which served as a prelude to his first book, Yesteryear, published by Pro Se earlier this summer
"Demon Night" by C. William Russette
"Run!" by Andrew Salmon
and the debut of HUGH MONN, PRIVATE DETECTIVE: "Dineena's Dilemma", and Hugh will be debuting in his first book this fall.
(The Robert E. Kennedy serial: CRIME OF THE ARTS, that started in the print version of this issue, is to be collected and recorded separately.)

PECULIAR ADVENTURES #1
READ BY PETER KATT
Stories include:
"In The House of Mercury" and "One Good Eye" by Tommy Hancock
THE CEREBUS CLAN: "Changing of the Guard" by Ken Janssens
"The Secret Whispers of Each Other's Watch" by Derrick Ferguson
PERRY LELL, GIRL OF A THOUSAND EARTHS in "Dancing Out of Time" by Megan Smith
The debut of the cover feature PECULIAR ODDFELLOW in two stories: "The Messiah of Murder" and "Three Cards Wild" by Tommy Hancock
and my original audition piece for Pro Se: "Y-239", with thanks once again to Ken Janssens and Tommy Hancock for giving me such a great writing opportunity! 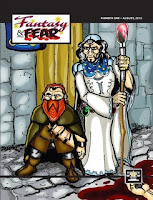 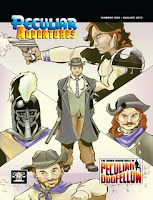 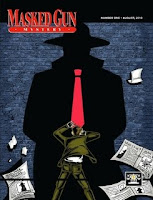 Audio versions of Pro Se's other magazines and books will be future releases.
For more information as to how to download your copies, visit Broken Sea Audio at http://brokensea.com
The latest on Pro Se, or other new pulp can be found at www.allpulp.blogspot.com