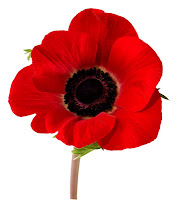 *This is the Memorial Day weekend in the United States of America.
*Sunday marks the 75th anniversary of the Golden Gate Bridge in San Francisco, California, USA.
*The Indy 500 Race is scheduled to start tomorrow afternoon.
*Yesterday marked the 35th anniversary of the Star Wars franchise, based upon the original release of the very first film, Episode IV: A New Hope.

Amongst events that have happened around the world this past week:

*It has been revealed that an unidentified infant in Rome, Italy received the world's smallest artificial heart, as a temporary measure to sustain the child's life until a replacement heart could be found. Knowledge of this feat was not made public until May 24, long after the new organ was transplanted at Bambino Gesu' Hospital. Doctor Antonio Amodeo led the surgical team for both procedures.
*The news doesn't look good in North Korea, according to an Amnesty International report. Thirty state officials allegedly met with "accidents" in the change of power between Kim Jong Un and his late father, Kim Jong Il. Meanwhile, the North continues to pursue a nuclear program, despite claims that up to SIX MILLION citizens of that country are going hungry!
*While debate continues whether or not the retaining walls to the cooling pool of the nuclear control rods at Fukishima Daiichi's Reactor #4 could withstand a potential earthquake, Japanese officials conducting a media tour reported the situation cleanable, but with a projected timeline of up to FOUR DECADES to complete the extremely difficult work. The power plant was ravaged by natural disaster in 2011.
*To celebrate Facebook's Initial Public Stock Offering, founder Mark Zukerberg married long time girl friend Priscilla Chan last weekend. The small, select group of attendees thought they were going to celebrate Chan's recent college graduation until the ceremony actually began.
*The Dragon spacecraft successfully docked with the International Space Station, thus signaling the beginning of the commercialization of outer space.
*Civil unrest continues in Syria and Bahraini.
*Sadly, Bee Gee Robin Gibb lost his battle with cancer at age 62.

IN SPORTS...
*"I'll Have Another" won the Preakness Stakes, now giving him two-thirds of the 2012 Triple Crown in horse racing. The Belmont race will be held in June.

For more news at any time, either scroll down to our IN OTHER NEWS feature at the bottom of your screen, or visit any other reputable news source.
Posted by Lee Houston, Junior at 4:46 PM

Email ThisBlogThis!Share to TwitterShare to FacebookShare to Pinterest
Labels: 2012, May 20-26, news, week in review