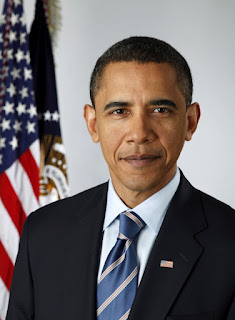 First we asked our readers whether or not the Free Choice E-zine should endorse a Presidential candidate in 2012, or maintain our journalistic integrity and remain neutral.
The results of that readers' survey were a resounding 21-0 in favor of this e-zine endorsing a candidate, because this election was too important to sit out on the sidelines.
But despite the fact that 17 people also included an opinion as to which candidate, we played fair and ran a second readers' survey to officially determine who to support.
Out of the 19 people who expressed an opinion in that survey which ended September 16, ALL said this e-zine should support incumbent Democratic President Barack Obama!
For the record, out of the seventeen who expressed an opinion during the first survey, the final tally was 15-2 in favor of President Obama.

Therefore, we are bowing to the will of our readership and The Free Choice E-zine officially endorses incumbent Democratic President Barack Obama for reelection to the highest office within the United States of America.

We guess it's obvious who the better candidate is, especially in light of recent events where Republican Presidential hopeful Mitt Romney said that he isn't worried or cares about the 47% of American citizens who think they're "entitled" to such social programs like well fare, unemployment, health care, etc.