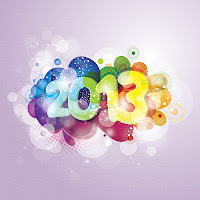 Amongst events that have happened around the world this past week:
*Argentina, Australia, Luxembourg, Rwanda, and South Korea have joined the United Nations' Security Council.
*The United Kingdom has started its term as President of the G8, with the next conference scheduled for this June.
*South Korea has noted a significant decrease in the number of North Korean refugees officially reaching refuge in the country. Meanwhile, North Korean leader Kim Jung-un expressed his desire for a unified Korea during a New Year's Day broadcast.
*Wegelin & Company, Switzerland's oldest bank, has announced it will close after being severely fined by the United States government for enabling tax evasion by US citizens.
*Author Peter David, (What Savage Beast, the ongoing X-Factor comic book series) has been hospitalized after suffering a stroke.
*Because of a weird rule in Iceland, Blaer (which means "light breeze" in English) Bjarkardottir can only be called Stulka ("girl" in English), since Blaer is not on Iceland's approved list of names! The family is appealing the government decision.
*Singer Patti Page (Confess, Tennessee Waltz) has passed away at age 85.
*Civil unrest continues in Syria and Afghanistan.

IN AMERICAN POLITICS
*While Congress came to a last minute deal New Year's Eve to avoid the country going over the "fiscal cliff", most Americans will still wind up paying higher taxes in 2013, mostly from the fact that a temporary reduction in Social Security payroll taxes expired without renewal. Nevertheless, President Barack Obama has officially signed the American Taxpayer Relief Act of 2012.
*Meanwhile, the 113th Congress is officially in session with Republican John Boehner re-elected Speaker of the House. Their first formal act of office after being sworn in? Another failed attempt to repeal Obamacare! Leaving many to wonder when Congress will budget more funds towards Hurricane Sandy recovery efforts or even start work on a jobs stimulus package!
*Hillary Clinton was successfully treated for a blood clot in her head and released from the hospital this week. Mrs. Clinton previously announced she would be stepping down as Secretary of State this January regardless of who won the November 2012 election.

For more news at any time, either scroll down to our IN OTHER NEWS feature at the bottom of your screen or visit any other reputable news source.
Posted by Lee Houston, Junior at 12:45 PM

Email ThisBlogThis!Share to TwitterShare to FacebookShare to Pinterest
Labels: 2012-January 5, 2013, December 29, news, The Week In Review