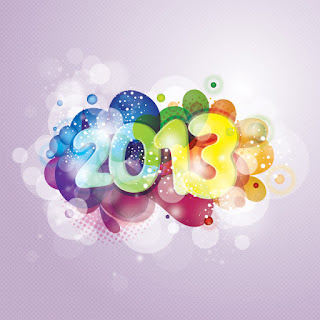 Welcome everybody to the very first Puzzle Corner of 2013!
So to celebrate, we're going to play a special edition of FAMOUS FIRSTS!
Below are listed the birth/given names of some celebrities who are known to the public by only their famous first names.
Do you know who they are?
01. Alecia Beth Moore
02. Cherilyn Sarkisian Lapierre
03. Helen Folasade Adu
04. Orville Richard Burrell
05. Paul Hewson
06. Christopher Hamill
07. Marshall Mathers the Third
08. Artis Ivey

We'll reveal all next weekend. But for now, let's finish up some old business and open THE ANSWERS BOX to reveal the results from the December 29, 2012 Puzzle Corner.

COMMON BONDS
01. {Alistair Sims, Patrick Stewart} = Both have portrayed Ebeneezer Scrooge in adaptations of Charles Dickens' A Christmas Carol.
02. {Jim Backus, Alan Young} = Both have voiced animated characters in regards to Scrooge. Backus voiced the title character in Mister Magoo's Christmas Carol, where the near-sighted actor portrayed Scrooge, while Young voiced Scrooge McDuck in Mickey (Mouse)'s Christmas Carol.
03. {Both groups} = the additional common bond we were looking for is the fact that all four gentlemen are actors.

THE LETTER SHUFFLE
How many new words can you form out of the letters in NEW YEAR?
A, an, any, are, aye
Ear, earn, ewe, eye
Near, nee
Ran, raw, ray, renew
War, ware, warn, way, wean, wear, weary, wren
Yarn, yaw, yea
New and Year didn't count since they were part of the original phrase, but other words besides the 26 listed above might be possible.
Posted by Lee Houston, Junior at 11:21 AM

Email ThisBlogThis!Share to TwitterShare to FacebookShare to Pinterest
Labels: 2013, January 5, The Puzzle Corner